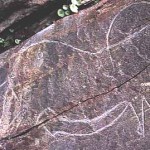 The great importance of Côa Valley Rock Art reached the headlines of the Portuguese and international press in November 1994. Even now it is taking a big place in Portuguese research, where a distinct division has been defined between the so called A.C. (Antes do Côa – before the Côa) and D.C. (Depois do Côa – After the Côa) Archaeology. 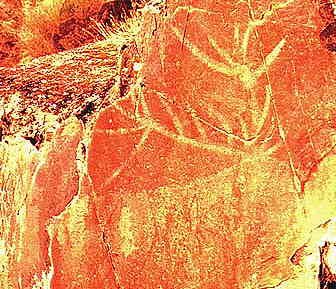 The Côa Valley area was under the scientific superintendence of Nelson Rebanda, a state Archaeologist, encharged with the Côa Area at the Northern Region Department (Direcção Regional Norte) of IPAAR (Instituto Português do Património Arquitectónico e Arqueológico). When the Portuguese government decided in 1992 to undertake the construction of a huge new dam on the Côa River, a protocol of collaboration was made between the IPPAR and EDP (Electricidade de Portugal) and Rebanda was put on charge of the “Plano Arquelógico do Côa” (archaeological plan of the Côa).

Curiously, no official notice was made of the discoveries by Rebanda's team. It was only in November 1994 that the Portuguese archaeological community became aware of the findings. An International movement to save the engraved rocks started and a strong campaign to stop the construction of the dam was launched. Television, radio and newspapers transformed the issue in a political case.

Menaced by more than 100 meters of water (and mud) of the future dam many new sites were quickly ‘discovered’ by the local inhabitants along more than 17 km of the Côa river and adjacent Douro river: Ribeira dos Piscos, Vale de Figueira, Penascosa, Barca, Vale José Esteves, Vale Vermelhosa, Vale de Cabrões, revealing with all evidence the existence of a big open air palaeolithic rock art area, one of the most important in Europe. 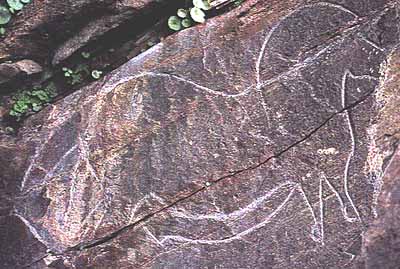 The more relevant discovery was perhaps the Vale da Casa site, a few km down from the Côa confluence along the Douro river.

It was studied (1982) by A. M. Baptista (now with M. V. Gomes he is encharged with the documentation in many sites of Côa Valley area), just before being submerged by the Pocinho Dam, which at the same time submerged many engraved panels in the Côa Valley area.

No protest against the dam was made. 23 engraved panels were found (and partially traced or moulded), and more than 100 Bronze Age graves.

On the engraved rocks were present (but not recognized as Palaeolithic, simply reported as similar to the Mazouco ones) many scratched animal figures, actually identical to the Côa and Vermelhosa ones.