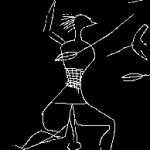 TRACCE no. 5 – by Angelo Fossati

The Iron Age in the Rock Art of Vermelhosa, Portugal.
Besides the figures attributable to the Palaeolithic times there are also petroglyphs that can be dated to the Iron Age (1st Millennium BC). These figures are engraved scratching the rock surface, sometimes with a stone, other times with a metal tool, as it is possible to note from the outlining. 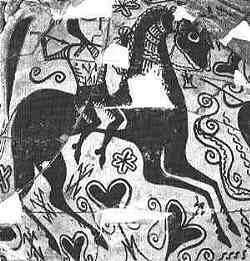 The Iron Age figures are warriors standing with the weapons upraised, duellists armed with spears and shields, and riders, probably hunters armed with spears. Among the figures there are also animals: horses and dogs, wild or domesticated.

The weaponry utilised by the warriors is usually a spear where it is possibly to see not only the spearhead but also the ferrule; the shields represented are usually seen with a concavity towards the outside. But the weapons are represented in a too schematic way and it is not possible to compare the figures with real objects. One of the riders has the representation of a helmet that can be interpreted as a Celtic helmet.

The analysis of the style of the figures gives more chronological information: it is possible to note that there are two main styles in the anthropomorphic figures, one where the bust is represented as trapezoidal, the upper part of the legs are longer compared to the lower part. In the other style the bust is drawn in a sort of eight, like a bi-triangle but with curved shaped angles. There is always the representation of a belt with parallel and horizontal lines.

From the chronological point of view the warriors can be compared with a representation of warriors in painted Iberian pottery as in Numantine vases or the famous Liria vases of the last centuries of the 1st millennium BC (ABAD CASAL-SANZ GAMO 1995).

In these vases the warriors are depicted with a similar style and weaponry. The same can be said for some bronze figurines conserved in the Museo Arqueologico Nacional of Madrid (TREVINO 1986).

Comparison with figures on a Liria vase

For the moment the comparison and the internal chronology of the figures, that we can suggest here, are totally preliminary and will need a longer investigation. 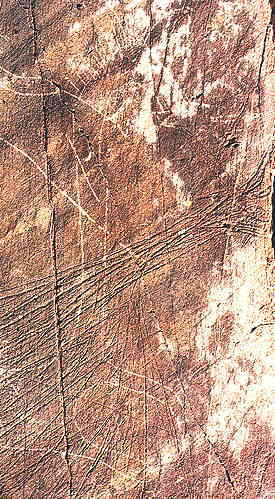 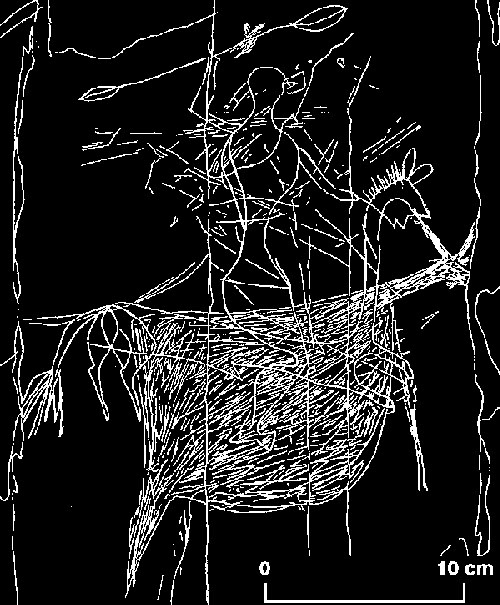 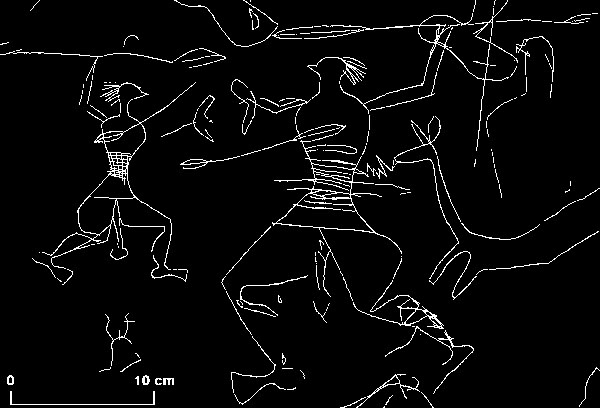 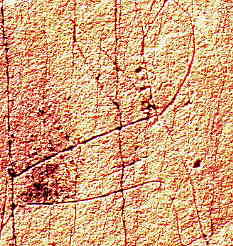 Particular of the figure above: the head of the horse (macrophotograpy)