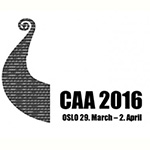 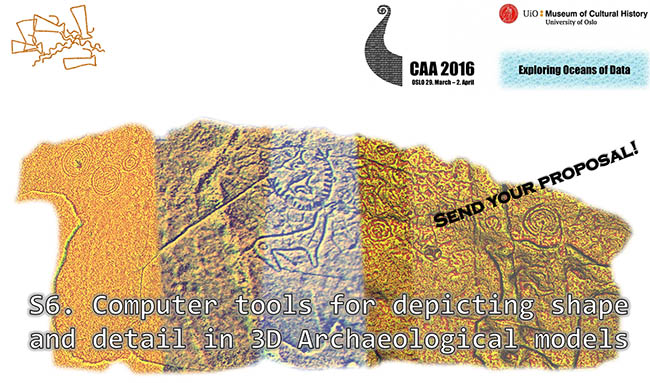 Archaeology has been long characterized by the interdisciplinarity and the transversality of their approaches and methodologies. In this context, we strongly believe that a proposal of a session that considers the use of the New Technologies (NNTT) on the fields that deal with computer tools for depict shape and detail in 3D archaeological models, and their application in archaeology is necessary. At the same time, we might see the impact that other sciences could have into Archaeology and how it is seen through them.

From this perspective, the possibilities of the application of the NNTT to Archaeology are almost unlimited. In this sense, since its beginning, Processual and Post-processual Archaeology has been joining the benefits of the computer science advancements. Therefore, we are able to consider a strong consolidated research field.

Since the beginning of Informatics’ Era, different branches of archaeological research have been arisen. One of them has been the representation and study of archaeological elements by their virtual reconstruction (3D). From this view, different approaches have appeared, especially since the turn of the century, which put the attention on the development of visual techniques to implement archaeological 3D models.

On the other hand, with the development of free and open access software like Meshlab, it has been multiplied the contributions to the creation of rendering plugins (or shaders), which analyse some characteristics of the 3D model to enhance them. Perhaps one of the most relevant is the Radiance Scaling (Vergne, et al., 2010), an expressive rendering which enhance the 3D model concavities and convexities.

The application of these techniques to the study of archaeological objects and structures is not new, but it has been steadily increasing since the last decade.

Everything that has been said before show us the framework or context in which our session will take place. Our aim is to show different examples of 3D visual techniques, which have been planned or developed to use with computer tools. In this sense, we will be able to reflect about the advantages and the challenges of the interdisciplinarity and the transversality of our discipline and the use of NNTT in Archaeology.

Nowadays the NNTT are a fundamental part of the development of the archaeological research. In many cases, the future of our discipline is to adapt and absorb new methods and models developed in other scientific fields. The purpose of our meeting will be to learn from those so heterogeneous experiences, and show how the use of other techniques can help Archaeology to plan and resolve different archaeological problems.

Communications, posters and audio-visual material will be accepted, especially those that deal with new computer techniques, to depict shape and detail in 3D archaeological models. 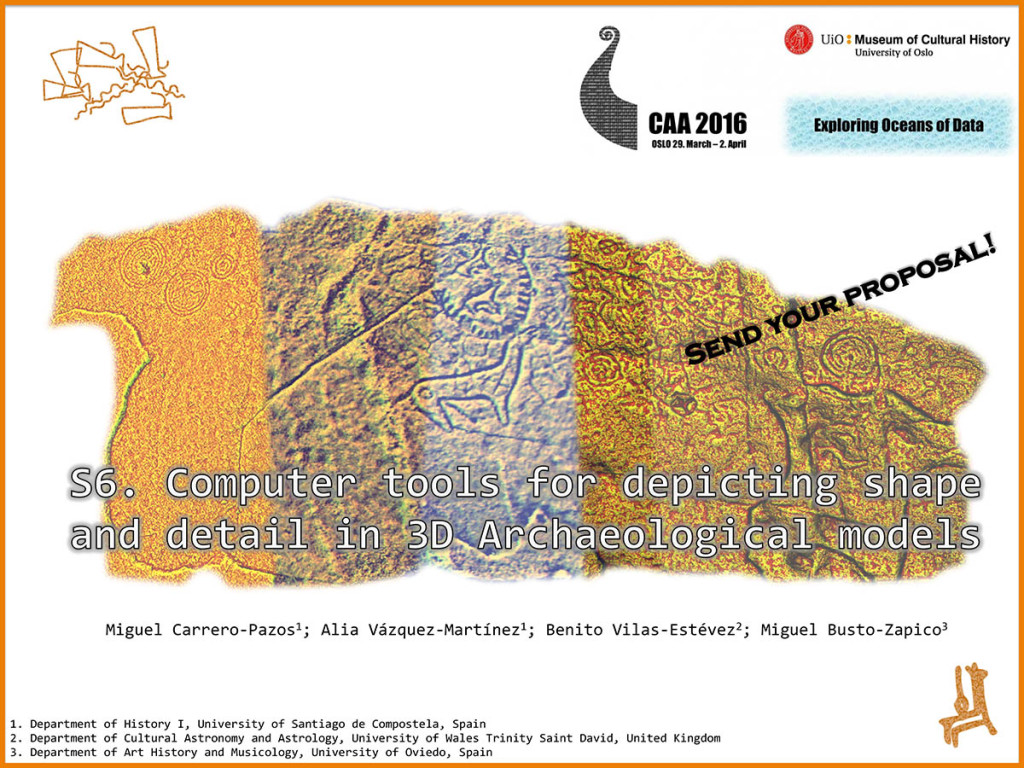