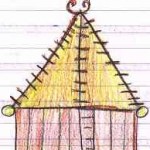 House of the Camuna village

The village named Camuna has a party on the moon.
This is a tale invented by children during a Rupestrian Archaeology educational workshop in a Turin (Italy) elementary school. 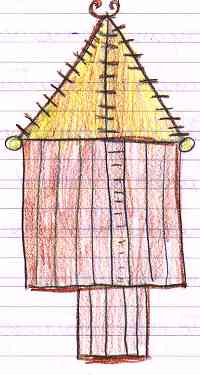 Once upon a time there was a village named Camuna. Three huts existed in this village: they were named “Villa Rosa, “Villa Andrea”, and “Rosi hut”.

Once a day Dockinson the hunter decided to go to hunt the animals. Helped by his son Duffy he made the blade of the spears. So they leaved the village to go to hunt: they ran after a deer, but the deer fled and the blade failed the target. They were satisfied with a little goose.

The day after the men, having not understood what happened, went back to hunt. As well as the daggers they take with them also a dog named Kiria. They met a deer named Kimbo: the threw the daggers, but the dog pull out the daggers and the deer ran away. The hunters lost themselves running after the deer. 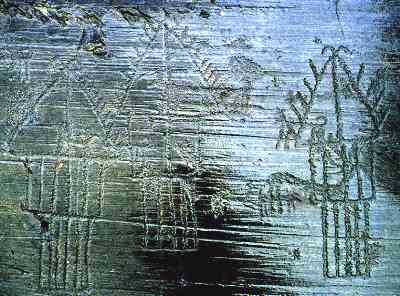 At this time they saw some footprints walking by themselves: they were the footprints of the good wizard, who became invisible.

Suddenly, crossing a stream, the wizard became again visible. He helped the hunters to find the right way to the village, under the condition that they will be friends of the deer.

When they came back all the people of the village decided to have a special big party: the good wizard made the horses winged, he harnessed them to Rosi hut , he let all people get on, and also the deer, the dog, the little goose, except the bad wizard, and they flew all together to have a beautiful party on the moon.

And they lived happy and satisfied.

But, sometimes, they come back with their hut to make rock art on the rocks of Valcamonica