From the Dam to the Park 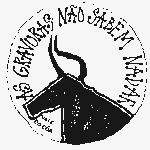 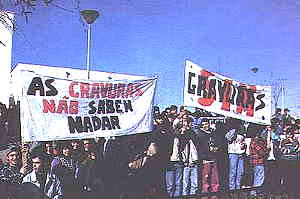 For the first time archaeological researchers, environmental associations and student organizations (note the peculiar slogan "As gravuras não sabem nadar - The engravings are not able to swim"), worked together to make possible the creation of an Archaeological Park.

The International cooperation was of capital importance, linking scientific advice to media support.

After a long and passionate "fight", and after the election of a new government in Portugal, finally in November 1995 the building of the dam was officially "suspended" (but not forsaken), to evaluate the scientific importance of the site and to create a commission for the installation of an Archaeological Park. 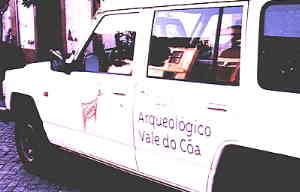 Thus being in an organizing phase, and under the spontaneous arrival of a large number of national and international tourists, the Park was inaugurated on August 10, 1996.

Under the direction of the archaeologist J. Zilhão guides has been instructed, booklets, records and cards printed, multimedia applications compiled, and two reception centers has been prepared at Vila Nova de Foz Côa and Castelo Melhor. A third center is planned in Moxagata. From these centers tourists can start a guided tour (by the Park Jeeps, only guided visits are allowed) to Canada do Inferno, Ribeira dos Piscos and Penascosa, the most important engraved sites. The surveillance is assured by a private agency, previously working for the dam and now for the Park.

It is also important to notice that for the first time a Rock Art area encourages the institution of an economic development plan (called "Pro-Côa"), now funded by the Portuguese Government and the European Union.

With the aim of giving a definitive “status” to the Park (and at the same time to the abandonment of the dam), it will be useful to find the way of enlarging the daily number of tourists (also to extend the local economic involvement), and to preserve the natural environment (by the building of some wood-walks), which can easily turn into a dusty barren land.
An International involvement seems also desirable, to find the way of the best multi-oriented scientific study, and to locate a wild-like area, to leave engraved rocks free from any human intervention (many surfaces are actually traced after a complete washing and cleaning), to make possible future analysis of patina (dating) and of engraving techniques.