The Virtual Museum of Stelae-Statues 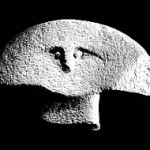 TRACCE no. 6 – by Paolo Emilio Bagnoli

This site is devoted to the exhibition of some important prehistoric monuments and to the discussion about their meaning, significance, chronology and their archaeological and historical aspects.

In fact, in the small territory of Lunigiana (Tuscany) a large number (up to 54) of statues was found during this last century so that they now constitute one of the most complete, rich and interesting collection of prehistoric monuments in Europe.

Despite this, their actual museographic exhibition quality is far to be optimised and a better and wider diffusion of their knowledge is needed with certainty.

The monuments, schematically representing both male and female persons distinguishable from the presence of the daggers or the breasts, were realised using simple stylised traits, while the holiness and the solemnity of their character were perfectly represented.

Despite the lack of certain data concerning the absolute chronology, the stylistic evolution of these monuments, which dated from the Copper Age to the early Etruscan period, can be easily established by comparing the various structures of these monuments with those of the other similar statues in northern Italy or by considering the typology of weapons and jewels.

The virtual museum, created by the staff of Gruppo Archeologico Pisano , was provided with two different visit paths marked by two different colors: a didactic sequential path and an exhibition one in which the image of the monuments are presented and all the information details are reported for each statue.

The English version is still under construction and will be completed as soon as possible. The figures and the captions are yet available.