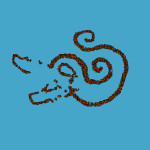 Often we find pecked or scratched images on walls of rocks that are part of ancient structures, ranging from simple circular huts to intricate temple complexes. In many cases the rocks that are used have been smoothened before (or after) they were incorporated. In most instances it is clear that those images have been added after the smoothening and after the incorporation of the stones into the structure. Some of them may definitely be regarded as true rock art and not as architectural art, but a few images are ambiguous in this respect. This short paper discusses one such controversial image on a menacing monolith at Kuntur Wasi in northern Peru.

Kuntur Wasi, meaning the ‘House of the Condor’, is a well known and most impressive Formative Period Temple Complex just SW of the town of San Pablo in the north of Peru (Departamento de Cajamarca). The ruins are located at 2258 m O.D. on the flat hill top of Cerro Copa (also known as Cerro las Copas), offering commanding views all around. From the site one also has glimpses of the valley of the River Jequetepeque, 12 km to the SW; a major river that empties its waters in the Pacific Ocean, 85 km from Kuntur Wasi.

The now largely reconstructed ruins were first investigated by the well-known Peruvian scholar Julio C. Tello in 1946. After that, several excavations (for instance in 1955, 1988 and 2002) unearthed many treasures. Understandably, the treasures have been removed from the site, and today the (supervised) site of Kuntur Wasi is especially renowned for its impressive sculptured monoliths. Several sculptured monoliths are still visible at the complex (and others are on display in the Site Museum in the nearby village of Kuntur Wasi). There is no doubt that all those sculptured stones (and also the painted friezes [Kato 1993: 212] that are no longer visible) represent architectural art and not rock art. There is however, one possible exception that seems to have been overlooked; at least I never found any reference.

On the higher level of the temple complex is a centrally located sunken plaza (roughly one metre deep), labelled KW-Plz Cuadrangular (Kato 1993). This square plaza (orange in Figure 1) features four recesses with large, rectangular monoliths, each sculptured with menacing double-faces of the Formative Period MSC-Style (Van Hoek 2011). All sculptured stones overlook the centre of the shallow sunken plaza. To the left and right of the sculptured area on each monolith are smaller panels that are smooth and featureless; except for one.

One of the sculptured monoliths, labelled Monolith 46-3 (46 referring to the year of discovery; 3 to the numbering of the monoliths discovered that year), is found in the centre of the SW wall and thus faces NE. Unfortunately this monolith is broken in two parts (probably during a restructuring phase of the complex in prehistoric times). Most of the NE facing panel is dominated by the menacing double-face sculptured in bass-relief.

However, on the smooth panel to the left of the double-face is a much smaller image, comprising a design of rather superficially executed, thin lines that most likely have been pecked out of the surface (Figure 2; inset). Although Yoshio Onuki includes a photograph of Monolith 46-3 which clearly shows the image (2008: Fig. 6), there is no mention or description of this image in the literature that I have available.

Figure 2. Monolith 46-3 at Kuntur Wasi, Cajamarca, Peru, and drawing of the ‘petroglyph. Photograph and drawing © by Maarten van Hoek.

The Problem of Chronology

The image on Monolith 64-3 has been patinated to the same colour as the supporting panel. It therefore certainly is not recent. Because the monoliths of the Sunken Plaza have all been executed in the bass-relief style, it is possible that the surface had been levelled in advance of the process of sculpturing. If that is indeed the case, then the image most likely is either contemporary with the double face sculpture, or it is a later addition. If the smooth panels to the right and left of the sculpture are naturally formed then the image on the left panel may be earlier and then it may even be a petroglyph.

However, it is equally possible that the image has been added by one of the builders of the site in order to enhance the symbolism of the site. In that case it does not matter whether the panel is smoothened by nature or by humans; the image would then represent architectural art. On the other hand, if the image was added many years later, for instance when the temple had fallen in disuse, it may be regarded to represent a petroglyph (for a similar discussion see Van Hoek 2011; see also Van Hoek 2009). In some cases it does not matter what type of rock is used to manufacture a petroglyph as long as there is no question of intentionally decorating a building. In other words: when there is no direct link between the image and the building, then it may well be intended as a petroglyph. In this respect it may be significant that the nearby Jequetepeque valley (Figure 3) is well known for its rock art (only petroglyphs have been reported so far).

It now would be interesting to check if the image on Monolith 64-3 also occurs in Jequetepeque petroglyph art. Fortunately, most rock art sites in Jequetepeque have been recorded and published. Only the inventories of some petroglyph sites (like Quinden) still need to be made public. It proves that the design of the Kuntur Wasi ‘petroglyph’ is rather common in the petroglyph art of the Jequetepeque drainage, but an exact copy could not be found in the published records and during my own surveys in the valley. The equivalents in MSC-Style rock art however seem to confirm that the Kuntur Wasi ‘petroglyph’ also dates from the Formative Period. And there is another argument in favour of a Formative Period origin of the ‘petroglyph’ on Monolith 64-3.

Interestingly, at first sight the image to the left of the menacing head(s) sculpture on Monolith 64-3 seems to depict a face in profile in which the small oval item may be taken for an eye. It also has two curling extensions to the right. In fact, there is a slight resemblance between the image and the profile face of the snake-heads that emerge from both sides of the sculptured head(s). The image may therefore represent a preliminary but imperfect sketch of a snake-head, or it may well be an unsatisfactory attempt to copy a snake-head. Especially this resemblance and the geographical ‘distance’ of the petroglyph area in Jequetepeque cause me to argue that the image is not unquestionably an instance of rock art. Instead it may have been manufactured by people building or attending the temple complex, but as the rationale to execute the image is obscure it cannot be regarded to definitely represent architectural art per se in that case. Namely, it is always possible that the image was manufactured by someone who visited the site after it had been abandoned and then it may represent a petroglyph. What is certain is that the 2D-‘petroglyph’ on Monolith 64-3 will remain an idiosyncrasy in the context of the dominant 3D-sculpturing tradition at Kuntur Wasi.

Having read the Kuntur Wasi paper, Dr. Eisei Tsurumi of the University Museum, the University of Tokyo, has been so kind to provide me with an URL leading to some interesting additional information that may be relevant in explaining the origin of the “petroglyph” on Monolith 46-3. Without claiming any definite correlation Dr. Tsurumi tentatively compares the “petroglyph” with a clay sculpture that was found at Kuntur Wasi. This clay sculpture was discovered in 1997 and has recently been described by Yoshio Onuki and Kinya Inokuchi (2011: 90-91). I hereby reproduce the unabridged English text of Dr. Tsurumi that can be found on the relevant web page together with the Spanish and Japanese versions. I am grateful to Dr. Tsurumi for his kind permission to use his text in this paper. The web page also provides a photo of a replica of the clay sculpture.

The ancient temples of the Andes were adorned with mythic images. Most of Kuntur Wasi stone edifices which dated to the Andean Formative appear to be bare stonemasonry. However, originally the walls had the final coating and were often ornamented with religious iconographs. Many fragments of relief and wall painting were discovered but not in the original position. The “Relief of Serpent” was the only case that kept the original position when it was found. This piece was discovered by the Archaeological Mission of the University of Tokyo in 1997 in the northern sector of the Copa Phase Temple (Late Formative Period: 500 BC – 250 BC). This is a figure of a supernatural serpent with a jaguar head which is looking backward, and has another smaller head which is coming out from the body. On the surface of these heads you can detect a few spots of red and orange pigments which suggest that the relief was once painted with a variety of colors. “The Relief of Serpent” is kept in the original site where it was discovered for the preservation purposes. The exhibited piece is a replica elaborated by UMUT based on the pictures and drawings which was taken and drawn during the investigations.