The Folk Culture Museum* at Bhimtal 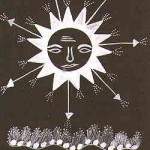 TRACCE no. 7 – by Lok Sanskriti Sangrahalaya

The Folk Culture Museum* at Bhimtal Uttar Pradesh (India)
The Museum of Folk Culture (Lok Sanskriti Sangrahalaya) is situated at Bhimtal, a village 280 km to the north-east of Delhi (Nainital district of Kumaon hills), in the lap of the Himalayas, north of the Uttar Pradesh State in India. 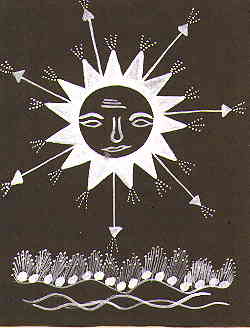 A folk painting of the tribe Warli, Maharashtra

The museum is a private institution and is managed by its owner and director Dr. Yashodhar Mathpal (b. 1940), a painter of great fame and also an archaeologist and a rock art scholar.

The Museum has been founded to preserve the culture of Uttarakhand, the collective term that indicates eight hill districts of Uttar Pradesh State. In the Museum there are four main areas of interest: collections of folk paintings and ancient wooden artefacts; registrations of the traditional rites and knowledge of Ayurvedic doctors; funds of stone implements and other archaeological materials; reproductions and photographs of rock art.

In the museum visitors can also enjoy dioramas on tribal and folk life, life-size images of different tribal peoples and models of dwelling units. 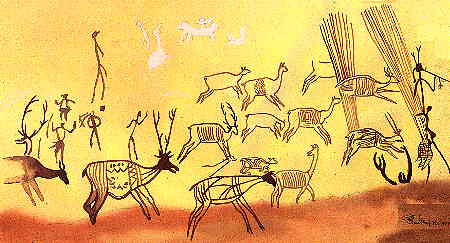 On request visitors can buy New Year cards prepared by silk screen printing at the museum, to popularise the folk art and rock art.

This is the main interest of Dr. Mathpal who, after a five-years diploma in Fine Arts and a diploma in Gandhian Studies, spent several years studying the rock painting of Bhimbetka in Madhya Pradesh, and of Kumaon Himalaya. He took a Ph.D. degree in Archaeology in the famed Deccan College in Poona. He also studied the rock engravings of South India, as in Kerala. He is closely associated with the rock art programme of the Indira Gandhi National Centre for the Arts of New Delhi where many of his rock art reproductions are collected.

Among his known rock art publications are:

The Museum is opened on request at:

*(TRACCE encourages all Rock Art Museums to send their information, to be published in the next TRACCE issues)