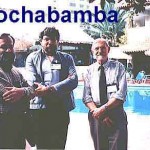 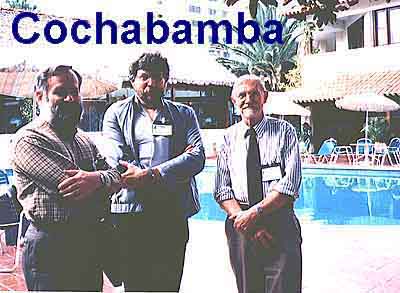 It was a very successful and highly enjoyable event, despite the refusal of funding by UNESCO and the non-attendance of many of those who had sent in abstracts — the perennial curse of those who chair symposia, and find themselves having to reorganise the programme completely. As one might expect, there was a marked predominance of South American delegates, particularly from Argentina; surprisingly, there relatively few North Americans made the journey. There was a modest but respectable number of delegates from Europe and Australia, but very few from Asia and Africa.

There were usually two sessions running concurrently, unfortunately several minutes’ walk apart. There was therefore relatively little movement back and forth between the venues. The magnificent splendour of the Centro Patiño, decorated with statuary and carved wood, was the scene of the Latin American sessions, in Spanish and Portuguese, which were predominantly show-and-tell papers. The Hotel Portales was the venue for the more general or theoretical sessions (dating, conservation, early art, etc) which were primarily in English. On the last day, a discussion was held in Centro Patiño on the important topic of rock art and education.

On some evenings, in the Casa de Cultura, downtown, there were more popular lectures — very well attended by the public — featuring speakers such as Carlos Gradin, Kees Dubelaar, Sergio Ripoll, Jean Clottes and others. And in the opening ceremony in the same building, special awards were given to four outstanding pioneers in the study of rock art in Latin America — Carlos Gradin, Kees Dubelaar, Hans Niemeyer Fernández, and Antonio Nuñez Jiménez — the latter, alas, prevented by ill-health from attending. The congress was accorded extensive coverage in the local press. 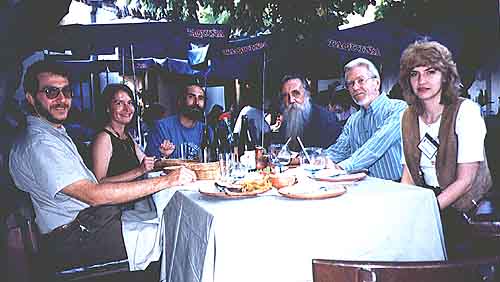 There were no startling announcements or major advances presented at the congress, but nevertheless it was an important event which highlighted the incalculable contribution that SIARB has made to rock art studies in Latin America. This association, created and run by dedicated “amateurs” (in the best and truest sense), like so many rock art bodies, is far and away the leading organisation of its kind in South America, not only through its activities and its important journal, but also through its other publications and its congresses, a record of achievement which puts some of Bolivia’s bigger and much richer neighbours to shame. One hopes that the congress will at least have led to a marked increase in SIARB’s membership.