The Sword on the Rock 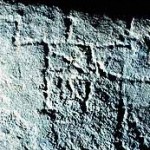 The Sword on the Rock. Dances and duels between Rock Art and popular tradition in the Moncenisio Valleys (Italy) .
Round Table – Saturday May 23, 1998 – Novalesa Abbey. Organized by the Novalesa Municipality and the GRCM – Gruppo Ricerche Cultura Montana (Mountain Heritage Research Group), Turin. 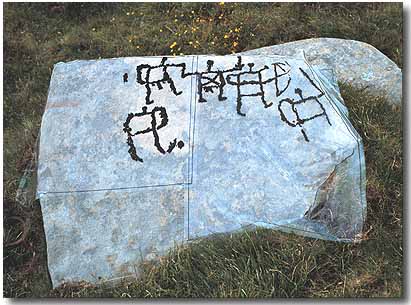 Valcenischia (I): rock n. 2 covered by the tracing plastic sheets.

The goal of this round table is to present the discovery, made by GRCM 1994, of an important area of prehistoric engraved rocks. The area is situated in the high mountain slopes (over 2300 m above the sea level) of the Cenischia Valley (Valcenischia). The engraved rocks have been studied in collaboration with the Archaeological Cooperative “Le Orme dell’Uomo” (Footsteps of Man), with the agreement of the Archaeological Superintendence of Piedmont. Twelve rocks have been recorded and traced by transparency. All the tracings have been digitalized (transformed into curve nodes by the computer autotracing). The engraved signs are completely worn (the rock is a phylladic limestone): so the pictures have been taken under an artificial grazing light. 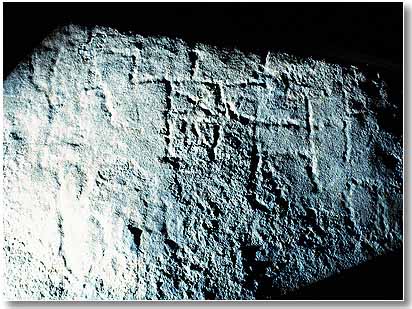 Valcenischia (I): picture of rock n. 2 by night and artificial grazing light

The figures belong to the last phase of the Iron Age. It is possible to find very close comparisons with some similar engravings in Valcamonica. The Valcenischia figures consist of warriors armed with sword and bow. They hold the sword like in a parade attitude. In some cases they show some dance-like positions. 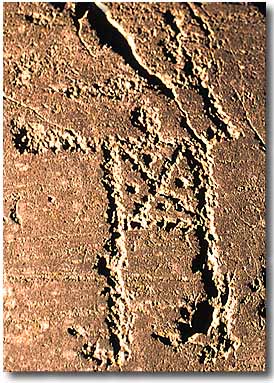 Square body warrior on rock n. 1 of Dos sotto Lajolo (Paspardo – Valcamonica): this kind of figure belongs to the IV-5 phase of Valcamonica rock art (the last of Iron Age rock art, just before the arrival of the Romans); to notice the similarity with the Valcenischia figure (up). The cross on the body represents the decoration of the armour.

It seems appropriate to connect these figures with the popular tradition: down in the valley (like at Giaglione or Venaus) the traditional dance of the “Spadonari” (men holding swords) is still alive and practised in a particular feast (February). It is a traditional armed dance, connected with the rebirth of nature in spring. Most probably this dance takes its roots in the ancient proto-historic cultures (which in this area are Celtic), when the figure of the warrior was very strong. On the rock art side the importance of the warrior is very well shown in the Iron Age Valcamonica engraved rocks, with plenty of warrior figures, duels and hunting scenes. 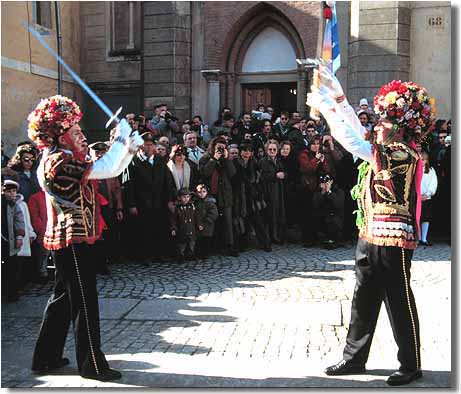 Another aim of the round table is to present a complete scientific frame. For the first time the archaeological point of view is brought nearer to the ethnographic one and to the popular traditions. It is perhaps only a suggestion which requires further contribution, but in this case it is hard to deny the idea of some common roots between the rupestrian iconography and the local culture.

More information at the specific page (in Italian)