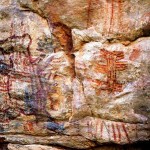 TRACCE no. 11 – by Márcia Dantas Braga

Conservation Project of Rock Art at the outbacks of the state of Bahia, Brazil.
My first contact with rock art happened during a mural painting conservation course that I was doing in Rome, at ICCROM. Lectures about Lascaux had fascinated me. A few months later, back in my own country, I volunteered to work as a conservator within the archaeological team of Dr Maria Beltrão.

On my first site trip (July 1995) I started a photographic documentation and cleaning tests. I was joining a different professional group, as I graduated in Architecture, and different cultural habits of local people. By this time I realized that I should observe much more the nature, the people and the painting itself, if I wanted to do something for them, not for me.

First question, why and how conserve something that exists already for thousand years? Apart from graffiti manifestation, this is always in my mind. Second question, why do cleaning tests if those sites are far from tourism problems ? Many others started appearing in my head like whatever I do would longer less than these paintings … 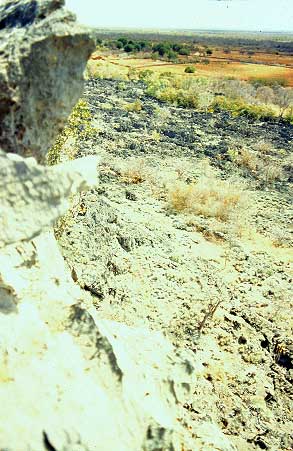 View of the Lime Tableland from the Esperança Mountain Range 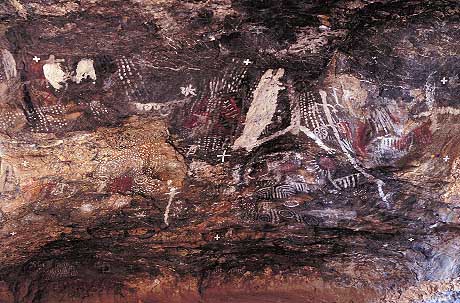 In order to have an official status I decided to do a Master with this thesis. By that moment it was not clear to me what would be the work.. Now I think the first step for the preservation of this archaeological area is to collect data and to perform tests in different sites. 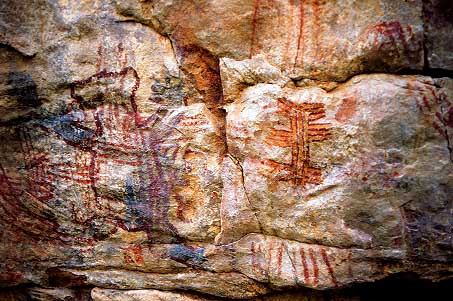 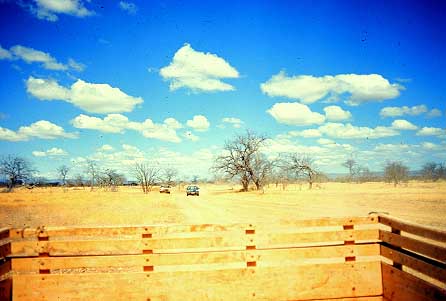 On the way to Cosmos lime rock cave

Problems with money, working mostly alone, counting with occasional scientist’s collaboration and trying to join a team where I was a strange part, transformed my research into a matter of tenacity. 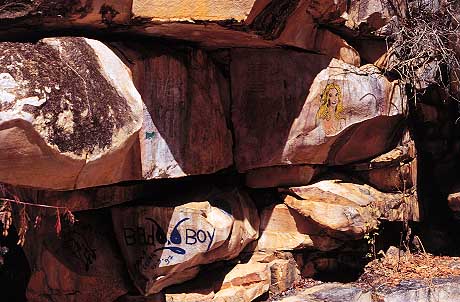 Graffiti is a difficult situation to solve. Most local people have no idea with what they are dealing, apart from the impossibility to control visitation . There is a group working with schools and giving lectures about archaeology of the region, but it is not enough. Although, cleaning tests have been quite successful.

Weathering can be minimized with consolidants and avoiding water percolation. Since now the tests were done just in small areas and are monitored once a year. And it is better to have the deterioration on the product recently applied than on the rock itself. 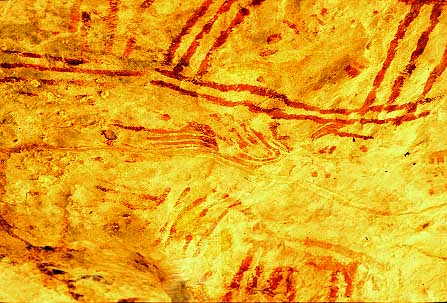 Cleaning has its limits. Inorganic patinas are part of the rock art now. The removal must stop when the original is threatened. The same criteria to any art piece. Rock retouching, of residues of insect galleries and other superficial deposits or losses, is useful to have a better view. But this direct intervention is important facing a tourist exploration.

In my opinion, this area needs a documentation stating the conservation of all sites known (around 30). Biological deterioration is faster than weathering. It is better to avoid the growth than to remove roots and patinas. Sometimes it is difficult to keep the situation without using biocides. Decisions must be taken considering the emergency. 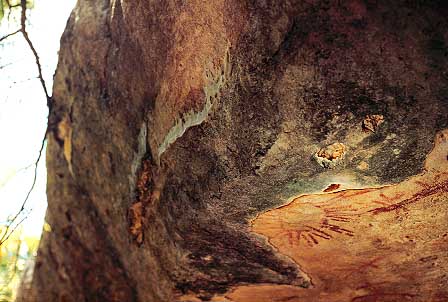 I thank the professionals who helped me with information and scientific analysis. I emphasize the necessity of a basic working team with an archaeologist, a geologist, a biologist, a chemist, a photographer and a computer designer, to have a documentation of the state of conservation and reasonable conclusions about performed tests.

Further preservation measures should transform this area into a national park or a special protected area. There are special laws protecting the natural patrimony, but as our pre-history (the time before we were colonized by Portugal) is unknown to most Brazilians, this part of our culture is not contemplated with the attention of the media. 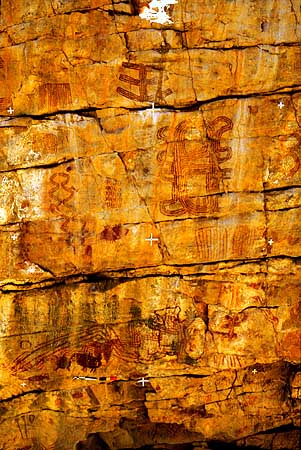 There is a brilliant example here in Brazil, where scientific research joined preservation and development of a poor region. The National Park of Serra da Capivara, in the state of Piauí, shows that this is possible and should be followed.