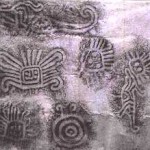 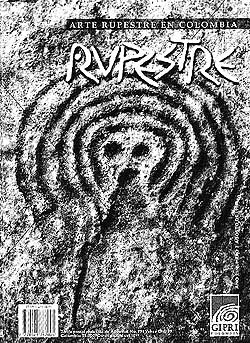 Current international literature dealing with rock art themes, especially with South American rock art, is scarce or specialized, which makes it difficult to obtain. In most cases it is written in foreign languages. At present, the international diffusion of the rock art theme has shown a severe lack of information about Colombia. Added to this first problem, there is no complete bibliography relating to the meaning and function of these findings. Gipri seeks to make this literature available to those who have interest in the subject since there is too much disinformation in texts regarding the abstract knowledge of ancient artists and their culture. One of the first approaches to the translation into Spanish is the text of the Dutch Professor Cornelis Nicolaas Dubelaar. His book opens new horizons of research in Colombia because of the many theories discussed and the possibilities of comparative studies in South America. Conventional writers of rock art themes have a theoric problem when they try to imagine that the objective of the research is the collection of motifs; the collection becomes a sort of personal gallery for each researcher. Although the diversity of motifs and esthetic elements of rock art increase with time, it is not enough to respond without a serious and well-documented reflection on the matter. 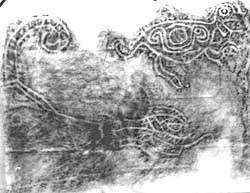 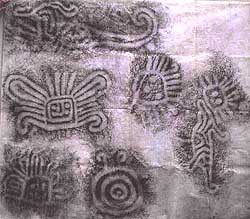 Analysis of style, design, and orientation of the three rock art sites indicates that unknown inhabitants of the historical Panche zone engraved petroglyphs there. These petroglyphs may have been used for at least three different purposes: 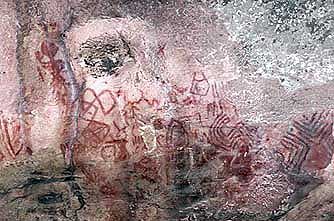 Oral tradition has played an important role in rock art studies of the Colombian central zone known as Altiplano Cundiboyacense. First of all, oral tradition is the principal source for finding new rock art zones. In the Altiplano Cundiboyacense zone of the country, and really in all the Colombian territory, people living in big cities still have relatives in rural zones. They are our main informants. In a second place, oral tradition has given a possible way to explain and understand rock art. In zones such as the Altiplano where Indians don’t live any more, it is important to resort to the informant’s memory and modern peasant traditions. These traditions many times include ancient customs that have nothing in common with Judeo-Christian traditions. In particular, with the help of oral tradition, we have been able to reconstruct the route of the civilizer god Bochica (This was one of the most important Muisca gods, who inhabited the Altiplano Cundiboyacense zone up to the Spanish arrival). The myth relates that Bochica was a civilizer god who left his teachings painted and engraved on the rocks. 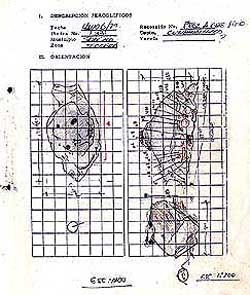 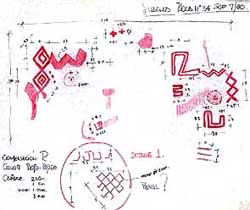 Recording and documentation work in the town of El Colegio during 1996-97 resulted in the discovery of 250 engraved rocks. The amount of material collected and the diversity of motifs create an important data base for future research projects. Furthermore, locating tool polishing sites and bedrock mortars aids in identifying tool shapes and the kind of food eaten at a specific time in the zone. Esthetic similarities from rock art drawings, between one region and another, makes it difficult to confirm theories about a strict division between ethnic cultures of high and low altitude zones in the middle of the country. On the other hand, the high concentration of rock art leads to the conclusion that the study zone was inhabited for a long time before the Spanish conquest. 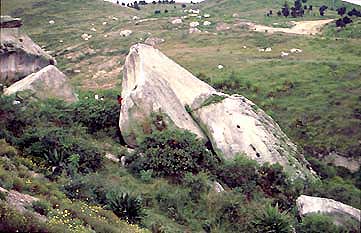 Rock art research in Colombia has developed in a slow and precarious way. Since the late 19th century, the study of this art has become more complex. Even today we are not able to accurately define it. The impossibility to relate it to specific archeological contexts and its under-valued esthetic worth, a product of inherited cultural prejudices, have contributed to official and academic misunderstanding.
On the other hand, the finding of many new zones, and the necessity to implement accurate documentation methods, has forced a limited number of part-time researchers to confront current problems in rock art research, but they are nearly always limited by personal time restrictions. The irregular evolutionary process of investigation and the lack of printed material available, (mostly written during the first half of this century), have been the main reasons the international community knows little about in-country investigations.

The Jorge Isaacs work “Estudio Sobre Las Tribus Indígenas Del Magdalena”, clearly shows the country’s ignorance in many fields of research. Isaacs claims bad management of native zones by state administrators, and also shows the country’s indifference to this kind of investigation. He also uses Darwinian theory to explain man and nature. Isaacs’ way of using science permits one to understand the importance of empirical work for the development of research. He then defends Indians and their traditions, showing that their esthetic manifestations are not capricious, but result from complex mental processes. Based on the publication of his study, Isaacs is attacked and condemned by Miguel Antonio Caro who considers Isaacs’ work as an attack against religion and nation. Caro‘s political and intellectual influence at that time, led to the condemnation of Isaacs’ work. Isaacs dies discredited and forgotten in the city of Ibagué in 1895 at the age of 62 years. 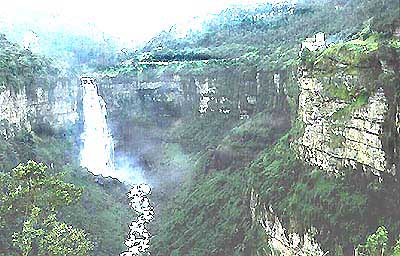 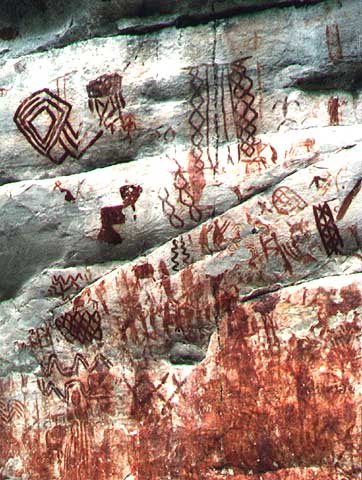 The editorial committee of GIPRI is pleased to inform you that the second issue of RUPESTRE may be acquired by sending a money order made out in the name of Guillermo Munoz C. The intent of the editor is to publish the magazine annually. It is possible to obtain both issues 1 & 2 at the present time. Annual subscription is $10 US dollars in money order. Send order to: