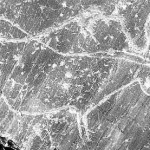 In November 1994 many worldwide RA researchers were surprised by the announcement of the “discovery” of the engraved rocks in Canada do Inferno, Vila Nova de Foz Côa, Portugal. Unfortunately these rocks were less than 500 m far from a huge dam being constructed by the Portuguese National Electricity Company. Soon the surprise shifted into a choc. It was confirmed that the engravings were yet known two years before by the official Portuguese archaeologists, who missed the possibility to save them.

As I was not only the IFRAO Portuguese representative, but also a simple Rock Art researcher, archaeologist and Portuguese citizen, I decided to stop this crime. With the help of Ludwig Jaffe I started an international campaign to save the engraved rocks. Thanks to many worldwide RA researchers and to hundreds of thousands Portuguese people a vast movement was created, being able to convince the politicians that the only solution was to preserve in situ the engravings.

In November 1995, exactly after a year from the beginning of the campaign, the Portuguese Prime Minister gave the announce that the dam would be suspended. It was very clear for me that beyond these statement there were three fundamental problems: 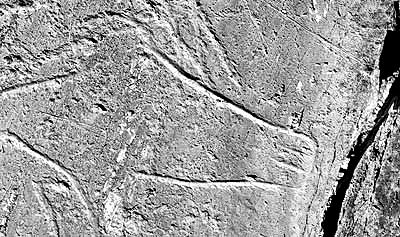 Only the first question was treated in the official report presented to the Government in January 1997. The document was signed by João Zilhão, in that period President of the Commission for the Creation of the Côa Park, and after (June 1997) promoted (by the Minister) President of the new Portuguese Archaeological Institute.

The document reports only facts yet known in 1995. It fails to present any study or explication for the other problems. The document is written exclusively by people directly involved with and working for the Park. It doesn’t present any foreign contribution. The same document is sold to the public, signed by six important foreign RA researchers, who never studied the engraved rocks, being only conducted for few hours to visit the Côa area. Anyway the Côa area has been classified by the Government as a National Monument. The building of the dam has been abandoned.

Côa investigation and the international community. The announced (Zilhão,1995 ANTIQUITY) open space for foreign researchers is far away. The promised open competition was not realised, and even if it will be realised it is easy to guess the results. Some researchers has not been allowed to reach some areas (Jaffe, 1996 AURA ) and it is quite impossible to work in the zone. For the first time, this year, I was personally forbidden to work in the “Gravado no Tempo – Inventário Total da Arte Rupestre Portuguesa” (catalogue of Portuguese rock art) project. 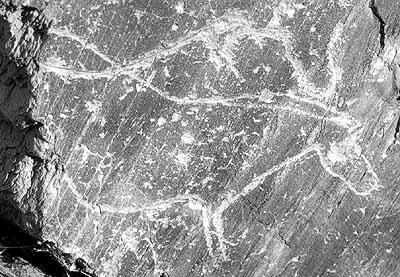 The investigation program conducted in the Côa area has yet been denounced (Jaffe,1996). The engraved surfaced were washed not in a ortodhox way. Very important information has been deleted: no patina, lichens or musk samples has been collected before washing the surfaces.

The Côa Valley Archaeological Park. The Park was inaugurated in August 1996. Actually it is one of the most difficult sites to be visited in Portugal. Only 48 persons are allowed to reach it every day. Visitors experience a complete lackness of freedom, being allowed to remain only 20 minutes, and being obliged to listen to the guides’ information, ideas and conceptions, often incorrect. The State monopoly breaks any private initiative: no one can organise a visit with a private guide, even if the guide is an archaeologist or a Rock Art researcher. All visitors receive only a kind of interpretation, the interpretation of the Director. This situation is quite absurd, while the Director is not an Archaeologist but an Architect, directly nominated (without an open competition) by the Minister of the Culture, the same organisation which had previously allowed the submersion of the engravings, giving authorisation to the building of the dam.

The local population regrets a complete incomprehension of their necessities by the Governmental organisation. The restricted access doesn’t permit a sufficient tourist activity: many people define this situation like a lost occasion.

In conclusion the Côa Valley situation is still worrying. The International scientific community must not forget that the engravings, like in 1994, belong to a worldwide heritage. For my part the dam has not gone away form my nightmares.