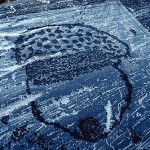 2nd International Congress of Rupestrian Archaeology
2-5 October 1997 DARFO BOARIO TERME
Settlements in topographic engravings of Copper Age in Valcamonica and Mt. Bego Rock Art .
Whoever should aim at finding points of contact between the two greatest “poles” of Alpine rock art would find a fertile battle-ground in the so-called topographic engravings… 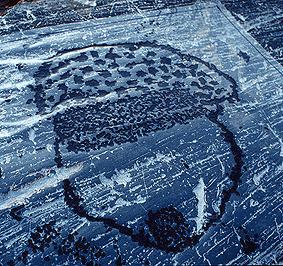 Whoever should aim at finding points of contact between the two greatest “poles” of Alpine rock art would find a fertile battle-ground in the so-called topographic engravings. By topographic engravings one refers to repeated geometric modules, regularly delimited and subdivided, bordered by perimetric line.

In the Mt. Bego area we can find rectangular nuclei that are totally pecked, surrounded by curved lines and filled by dots in an orderly arrangement, particularly in the XIX zone of Fontanalba. Identical engravings can be found in the Valcamonica and in Valtellina. 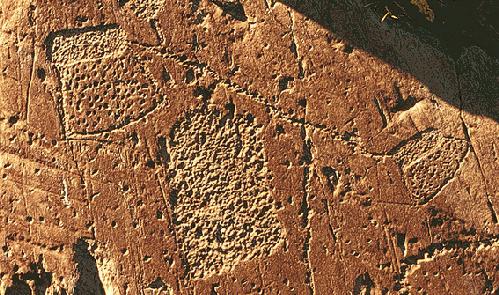 The pre-remedellian or first Chalcolithic age of the topographies is demonstrated by:

The fact that the topographic engravings mark the first phase of Camunnian rock art depends from the revision of the “orants” chronology, placed at the base of the Camunnian cycle (Neolithic) by Anati. They are more likely to shift between the middle Bronze and the first Iron Age 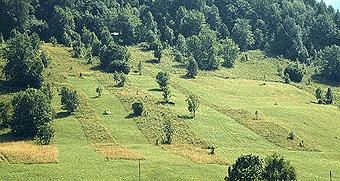 It remains to decide if we must refer the topographic engravings to the late Neolithic or to the first Copper Age. Following the agricultural interpretation a Neolithic range will be possible, mainly in Mt. Bego area, were Neolithic pottery is well present. But regarding to some more complex Valcamonica village-maps we can recognize a protected village, more probably related to the Copper Age than to the Neolithic.

De Lumley’s chronology concentrates the Mt. Bego engravings in a Chalcolithic-Ancient Bronze time range (2500-1700 B. C.). In reality the compound geometric figures are identical to the pre-remedellian topographies of Valcamonica. So one can hypothesize here, as well, a pre-remedellian engraving phase before 2900 B. C. that, therefore, anticipates by a few centuries the beginning of the engravings.

Interpretation. The topographic engravings can be interpreted in a ground-related way, or in a village-related way. The iconographic point of view itself can facilitate understanding of single semantic elements: the filled or grid rectangular areas can represent the harvested, cultivated, sown or ploughed fields. The presence in Valtellina of particularly elongated engraved rectangles is in accordance with the particular shape of the fields still present today in the zone. 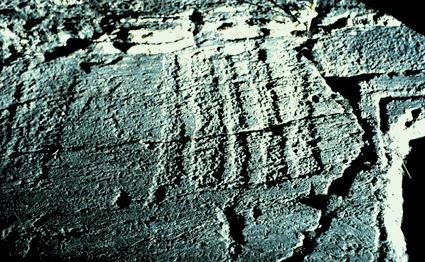 Other perimetric square-rounded line could suggest a village-map interpretation, like a fortress. The yet mentioned eyelets are very similar to the depiction of bastions.

Conclusion. Analogous topographic signs are found in the two most important (and distant) alpine rock art areas. At Mt. Bego there are symbols that seem to represent a vast settled or cultivated zone, which is improbable due to both the high altitude and the uneven morphology of the site, making plausible the thesis which sees in the topographies an idealized and conceptual representation of one or more settled units or of farming land. Thus, these engravings can be interpreted as a topography of territory (the FIRST topography of territory, we must remember) depicted in an act of ownership or on the occasion of people’s first occupation of an area, like a foundation rite. 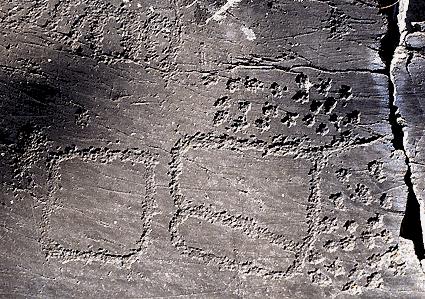 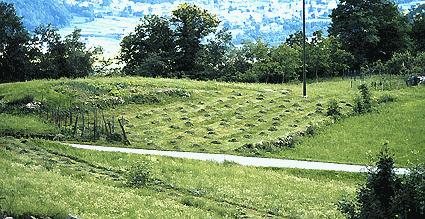 Valcamonica, grass cut in the field