The Book of Stars 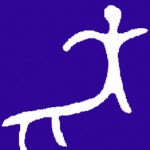 Due to the historical sources testimony, the description of the modern terrestrial constellation reached us from the text in poems of Arat – II (III century BC), the poet from Alexandria.

It was written due to taking into account Evdoks (IV century BC) work. Arat himself is talking about deep and unknown antiquity of the constellation. Current Greek names and signs were spread among other folks only in the latest period.

Number of researchers (V. Olkot, k. Flamarion, and others) tend towards idea that a number of astronomical knowledge and specifically the division of constellation of star sky and the creation of the map of astronomical sky take their beginning from one area, the biggest part of which is occupied by Armenian astronomical essence.

During the latest years, in Armenia (I – III thousand years BC) thousands of rock pictures of the astronomical essence were discovered.

The pictures of constellation published by the Polish astronomer of the 17 the century Yan Hevelios are surprisingly the same as 3 – 5 thousand year – old petroglyphs, a number of which ancient constellation are especially deep and shaking (Orion, Ox, Kentavr, Scorpion and others). They confirm that view of the historical of astronomy, that was true that the first who divided the star sky due to constellations were the ancient inhabitants of the Armenian mountainous world.

In the Armenian mountainous world, Armenians had been living since ancient times till now. They didn’t only create thousands of petroglyphs of astronomical essence, they also divided the sky to constellations and gave the stairs their names, they created numerous legends plaited about constellation, stars and planets.

“The book of stars”is a space knowledge poetical paraphrase by the one of the most ancient folks, who stood near the cradle of astronomy with Egyptians, Babelians, Greeks and other ancient folks.

Thousands of ancient myths, legends and conversations of the book explain the formation of space, the stars and constellation, the Sun’s and the Moon’s, the World’s and planets formation due to the Armenian imagination. The petroglyph corresponding to astronomical essence, which accompanies the paraphrase makes the influence of the paraphrasing topic stronger. We get acquainted to the issues of people’s knowledge and hear the sounds coming from thousand years remoteness.This book is for all folks and people of different ages.