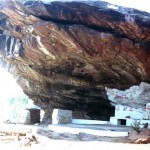 Industrialization versus rock art: a fight for survival.
With the developing pace of industrialization, the rock art is facing a danger of extinction in several parts of India.

Rock art sites close to big cities, by the side of highways and at easily approachable places have suffered an irreparable damage caused by the activities of vandals, self-styled researchers and business agencies, during the last four-five decades. The well-publicized sites with least protective measures, have been damaged mainly by the sight seers, tourists and picnic-makers. The rock art both painted and incised, has been disfigured and partially mutilated by inscriptions, doodlings and crude art works by the ‘untrained’ visitors. The damage caused by the so-called researchers and over enthusiastic recorders is confined to the markings of several types of numbers on painted rocks (sometimes in multi-colours) and sprinkling of water for better visibility of art motifs for photography. 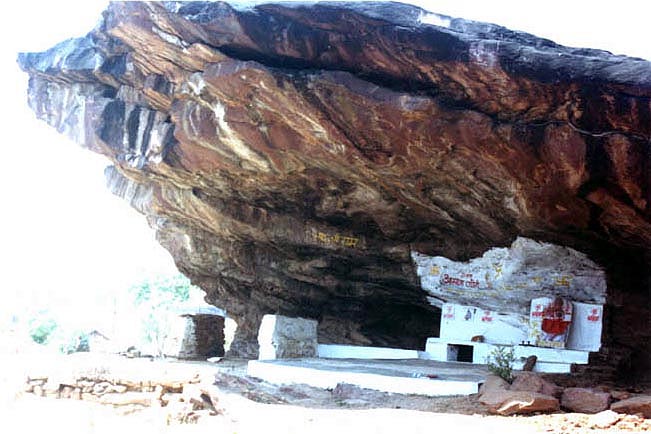 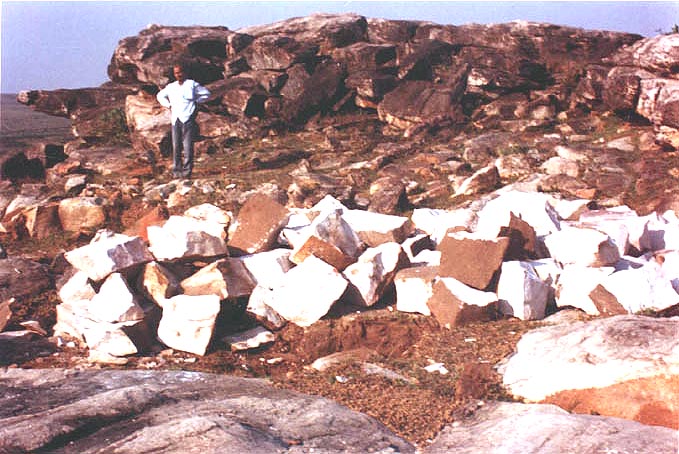 During recent decades, industrial mining and quarrying of rocks have caused a severe threat to the very survival of this age-old art. Rock art sites in Karanapura valley in the Hazaribagh district of Bihar, are located in the mineral deposit area. A large-scale quarrying of sandstone rock is going on there. At Panchmukhi in Sonbhadra district of Eastern Uttar Pradesh, the Kaimur ranges are being quarried for building material, where the cement factory needs quarters for its workers. At Jhinjhiri in Katani district of Madhya Pradeshl, some destruction of rockshelters have already taken place. Thanks God, the painted shelters have not yet been blasted. The area supplies cement, concrete and stone slabs to other parts of the country. In the Chambal valley the Gandhi Sagar dam has submerged several dozen painted shelters in its deep waters, some 20 years ago.

Many of the granite boulders containing Neolithic petroglyphs of cattle, at Sangankallu, Tekkalkotta and Maski in Karnataka state. Have been blasted with dynamite during last decades. Even at Bhimbetka which has been recommended as a world heritage site, the paintings have suffered fatal attacks of visitors. Constant use of water over paintings has made most of the art motifs faded and hardly visible. The Eddakkal cave in the Wynad district of Kerala, having beautiful carvings is probably the worst example of vandalism. One may find hundreds of names of visitors inscribed over the carvings with the visiting dates. The site of Adamgarh in Hoshangabad district of Madhya Pradesh is one of the earliest known rock art sites where archaeological excavation also took place. Here, some body used green synthetic paint for his artistic talent to repaint the main shelter. The story of many more sites is the same.

India is a big open-air archaeological museum. The Central and State Archaeological Departments are over-loaded with the burden of preservative works on the world renowned historic monuments like the Taj Mahal. Rock art sites sometimes spread over several kilometers in the forested hills can not be fenced or guarded by a few watchmen. After an experience of 26 years, I have found a practical way to preserve individual sites with the help of local people.

The strategy can be briefed in the following points:

This background work can be completed within one week. Now start the documentation work soon as you get the funds, and do as per your promise. This scheme does work. It is perhaps the easiest way to preserve the rock art in a country like India.