Dams and Rock Art: a match made in hell 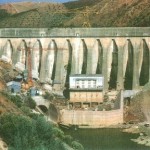 The impact of dams on the rock art of Portugal was, in the last fifty years, devastating. Six major areas were affected.

DAMS AND ROCK ART IN PORTUGAL: A MATCH MADE IN HELL

The impact of dams on the rock art of Portugal was, in the last fifty years, devastating. Six major areas were affected:

Three of these areas are almost completely under water and probably lost forever:

If the Sabor dam Project goes ahead another area will be also destroyed.

We know today of the existence of several engraved rocks in the upper Ocreza, a tributary of the Tejo. A beautiful Palaeolithic horse figure was discovered there in September 2000. (FIG) This fact leaves no doubt that the Ocreza’s Pracana dam, destroyed other engravings belonging to the same complex. 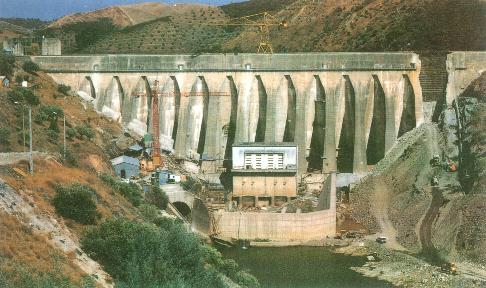 Tejo / Fratel dam (1973)
It was the beginning of the seventies that a group of university students discovered a series of engravings on the bedrock of the Tagus (Tejo) River, near Vila Velha de Rodão. The following survey showed that a 40km stretch was covered with engravings. The imminent conclusion of the Fratel dam construction accelerated studies. The political situation of Portugal meant that protest against the destruction was not really viable. At the time, the only other apparent option was to collect elements for future studies. Volunteers, with the financial help of the Calouste Gulbenkian Foundation, made moulds of most of the decorated surfaces. Unfortunately, very little of this material was published. According to some authors, several thousands of post-palaeolihic (and maybe even Palaeolithic) engravings were lost forever.

In the eighties, a few months before to the conclusion of the Pocinho dam on the river Douro in Portugal, several dozen engraved rocks were found on its bedrock. Photographs and tracings were made of the figures, which were attributed mainly to the Iron Age. The area ” Vale da Casa ” is now completely under water. Only brief references were published about it. These figures probably span thousands of years, including animals from the Palaeolithic and early forms of writing from the Iron Age. 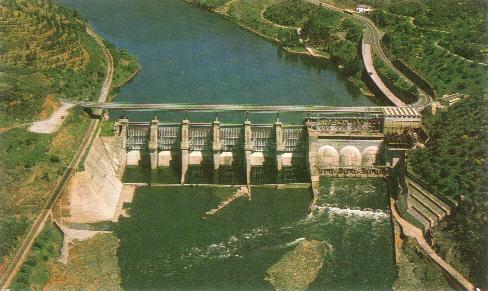 The waters of the reservoir reach north to the international Douro. According to locals, in Mazouco, the so-called Palaeolithic horse was not the only engraving. It is not clear how many figures were lost in this area. 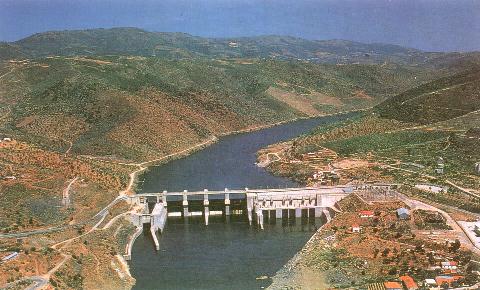 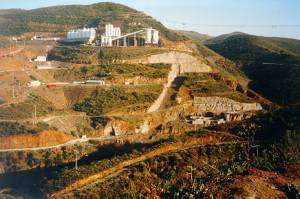 Strangely enough all these findings in the river Douro didn’t lead to a methodical survey of the entire Douro basin. The plan to build the Foz Côa dam went ahead and not even the fact that several engravings were found made the authorities reconsider plans. In November 1994, knowledge of the engravings became public. An international campaign roused the indignation of civic society and caught the attention of the media, which led to a new Government’s decision to abandon the project. During that year several other Palaeolithic and Post-Palaeolithic sites along the Côa as well as in small valleys on the Douro, like Vale de Vermelhosa, Vale Jose Esteves and Vale de Cabrões near the mouth of the river Côa were identified. The area now has 38 rock art sites with thousands of figures. Among them are animals like aurochs, horses and goats as well as anthropomorphic figures of warriors. The Côa Valley became an Archaeological Park and is now classified as a UNESCO World Heritage Site.
Guadiana Valley/Alqueva Dam: Portuguese and Spanish area (2002)

The idea that something like the Côa case would ever happen again was torn apart in 2001, a few months before the conclusion of the Alqueva dam. Following finds in Cheles on the Spanish side of the Guadiana, engravings were found on the Portuguese bank. There was no will to stop or even delay the project to give time to at least collect more information. The Spanish site was surveyed and more than 500 decorated surfaces discovered. The exact number of rocks in the Portuguese area is still uncertain. A international petition was signed by more than 2500 person from more than 50 countries and 150 universities and research institutes.

Tragically, in a democratic Portugal, less was made to document the engravings of the Guadiana than 30 years before in the Tejo. A project of building another dam on the Sabor, a tributary of the Douro, where several sites of rock art were discover in 1993 and 2001 leaves us extremely worried. 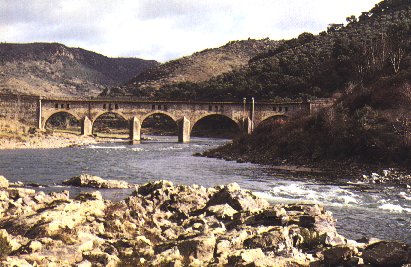 Are more prehistoric engravings going to be put under the water?
Presently we don’t know if other dam projects (like Pedrogão) will have similar consequences.
CONCLUSIONS

Rock art studies and the knowledge of prehistoric cultures have suffered one of the heaviest tolls in Portugal. When we talk about the costly impact of dams, the price has been the loss of thousands of priceless prehistoric engravings. This become truly scandalous when it is associated with the lack of responsibility of at least keeping records for the future. We have no doubt that future generations will ask how this was possible. That why it is fundamental to discuss solutions.


ACKNOWLEDGEMENTS
A special note of gratitude to Robert Bednarik and to all members of IFRAO (International Federation of Rock Art Research Organizations), to Andrea Arcá, Angelo Fossati and Ludwig Jaffe from the Footsteps of Man Archaeological Cooperative and to the partners of the EuroPreArt project.