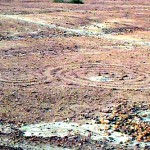 Please help save an exceptional and surprisingly unknown site in Northern Peru already designated out of bounds by the Peruvian Institute of Culture.

In northern Peru, about 20 km east of the city of Trujillo is a highly endangered archaeological site located in the Quebrada de Santo Domingo, a very historical and scenic 32 square-km dry river valley . Opening onto the Moche River Valley and cradled by the colourful Cerro Colorado mountain range, it is strategically located between the archaeological complexes of Cerro Oreja (Galinazo Period) and Cerro Arena (Salinar Period), and faces north across an impressive series of Saharan style sand dunes towards the Caballo Muerto/Galindo Complex. Located about five km from the well known Moche Huaca de la Luna and just south of the Chavimochic irrigation canal, the area was designated intangible by the Peruvian Institute of Culture. 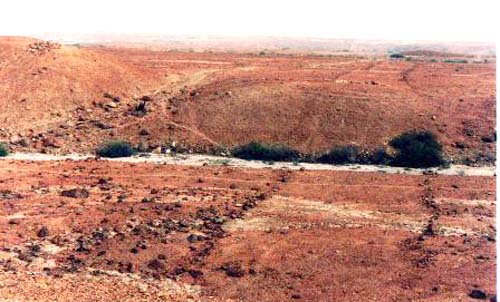 The archaeological evidence in this valley indicates human ritual activity from the Lithic Period to Intermedio Tardio Period 10,000 B.C – 1400 A.D.) and includes shelters, platforms, canals, ceremonial paths (one very long one of 10 meters wide), as well as many stone point and tool workshops. 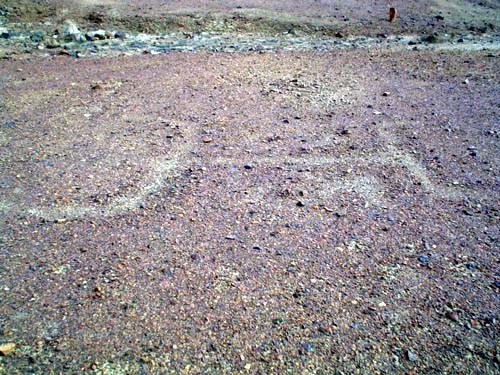 Most impressive and most endangered is a dense distribution of geoglyphs dating from 5000 B.C to 600 A.D. depicting zoomorphs, anthropomorphs, hunting scenes and complex spirals (use the links below to view some photos). 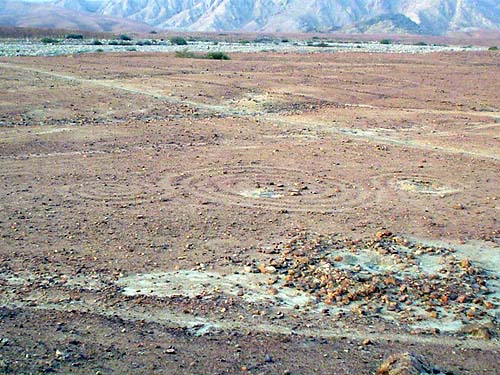 The archaeological structures, as well as the varied flora and fauna, were up until now, very well preserved because of their inaccessibility. However, in the past two years the local Chavimochic Irrigation Canal authorities have clandestinely organised the quarrying, bulldozing, and distribution – even sale – of lots of land in this so called intangible zone.

Strangely enough the inventory, photos or articles relating to this vast archaeological zone have never been published and the INC has turned a blind eye to the illegal exploitation by the Chavimochic and municipal engineers, for “lack of funds” or political connivance. Obviously, once thee entire zone is bulldozed, there will be no need to protect it. 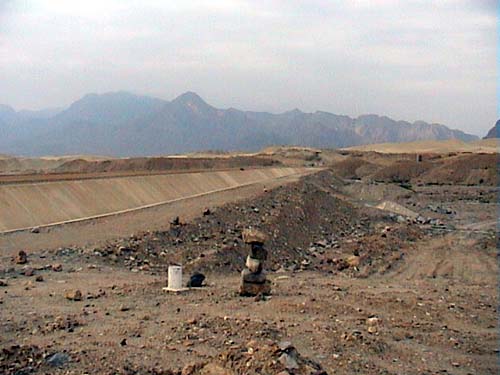 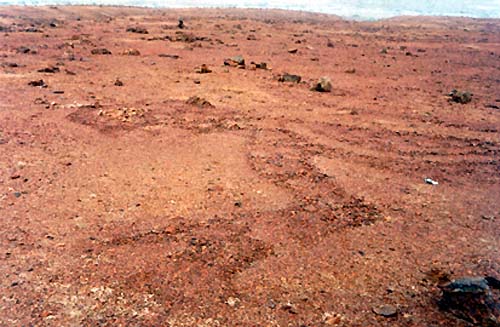 A local guide, Victor Corcuera, is leading an active campaign with limited resources to alert authorities and the press – but the Trujillo area is already dominated by the Huaca de la Luna (research funded by private donations and foreign scientific organizations) and Chan Chan, an endangered world heritage monument managed by the INC. The local archaeologists are reticent to protest the destruction of the zone, because the INC controls their activity and careers. The local public is so accustomed to living on old tombs and finding prehispanic pottery on their land that one more archaeological site in their back yard is hardly a surprise.

I do believe that anyone who has the slightest interest in early human settlements and Rock Art will agree that this particular site is worth saving. Its strategic and well defined geographical position at the crossroads of a large span of prehispanic and colonial settlements so precariously close to uncontrolled urban and agricultural development; its precious treasures of geoglyphs, lithic structures, stone workshops; its wildlife and breathtakingly beautiful scenery which have survived centuries of El Niño’s, winds and pillage make it a most valuable natural and prehistoric landscape and thus an important research base for archaeologists, ecologists, geologists, and anthropologists concerned with urban development and the environment.

Peru is a signatory to the UNESCO Convention Concerning the Protection of the World Cultural and Natural Heritage and should be bound to preserve all its archaeological sites. My request for help presumes that international pressure may lead the local people and authorities to realize the treasure they are destroying and includes organizing a petition to send to Peruvian authorities, writing heads-up to international press, mobilising the international community of archaeological professionals and amateurs to learn about and research this spectacular site, and seeking aid and development organisations’ help to solve the urban-growth problem which so menaces the historical and natural environment.

While Ulf Bertilsson, ICOMOS President of the International Rock Art Committee has pointed out “the crucial issue” of the risk of destruction of Rock Art by tourism, it is imperative to honour the UNESCO Recommendation Concerning the Preservation of Cultural Property Endangered by Public or Private Works which considers “that cultural property is the product and witness of the different traditions and of the spiritual achievements of the past and thus is an essential element in the personality of the peoples of the world”. 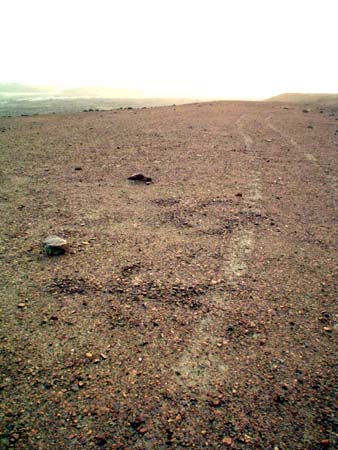