The rock art tradition of Valcamonica-Valtelllina 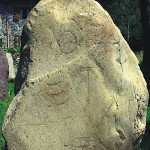 The rock art tradition of Valcamonica-Valtellina consists of about three hundred thousand engraved figures. However, at the beginning of the 20th century, only the Cemmo boulders in Valcamonica. were known. These discoveries were made by the geographer Walther Laeng who published information about the boulders that local people used to call “the rocks of the puppets” (le prede dei pitoti in local dialect) (LAENG 1914). In fact, most discoveries in Valcamonica were made during the 1930s thanks to the archaeologist Raffaello Battaglia (BATTAGLIA 1934) and the anthropologist Giovanni Marro (MARRO 1930). A more scientific comprehension of the different phases appeared during the 1960s and the 1970s with the work of Emmanuel Anati (ANATI 1962; 1976; 1982) and other scholars, among them especially Raffaele De Marinis (DE MARINIS 1988; 1995). 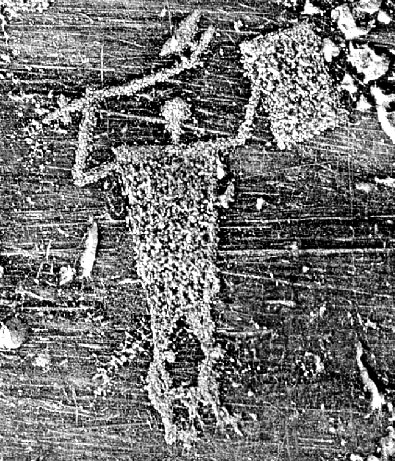 With the discovery of rock art also on the eastern side of the Garda. Lake in 1964 (PASOTTI i965) and in Valtellina, a border val1ey to the north of Valcamonica, in 1966 (PACE 1968), we know today that this zone of the central-eastern Alps, from Valtellina to the Garda Lake can be considered a single petroglyph area, which has common stylistic, thematic and chronological characteristics. However, the principal area remains Valcamonica, which constitutes an archaeological, artistic, ethnographic and historical patrimony of inestimable value (from 1979 inscribed in the UNESCO world Heritage List), not only for its antiquity but above all for its thematic and iconographic wealth (ANATI 1982; DE MARINIS 1988; ARCÀ et al. 1995), In the present paper I will deal with the original Valcamonica area, but I wil1 also cite some other alpine sites.

From a geo1ogical point of mew, the valleys were formed and polished by glaciers during the last hundred thousand years, and the art is mainly located in the open air on flat rocks. From Pisogne on the Iseo Lake, south of Valcamoruca, to the sites of Sellero-Grevo in the middle va1ley, the rocks are composed of sandstone, while in the upper part the valley and in the entire Valtellina they consist of schist. On the Garda Lake the rocks are constituted of limestone. These rocks, sandstone, schist or limestone are very polished and molded. In these areas one finds mainly engravings, as only 7 paintings have been discovered to date (Fossati 2001a). The engravers used hammering and scratching techniques, with hammering being the most common. To hammer the rocks they used quartz tools, in fact it is possible to find these artefacts as they have been abandoned near the rocks (Fossati 1993).
In this area, at present, the rock art is distributed across four main periods: from the Neolithic to the arrival of the Romans in the valleys.