Some corrections about the Côa petroglyphs 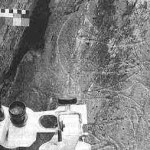 The member organizations of IFRAO, galvanized under the spirited leadership of Dr Mila Simões de Abreu of APAAR (Portugal), have succeeded in rallying sufficient international support to convince the government of Portugal to avert the imminent inundation of the rock art in the Côa valley.

This danger for the petroglyphs had been created by the failure of two successive archaeological impact studies to either find the rock art, or to report it effectively. The practice of Portuguese archaeologists,
of permitting the inundation of rock art under hydroelectric dams, or its destruction by other means, has existed for many years, and numerous art sites have been destroyed with the full acquiescence and knowledge of the country’s archaeologists. In addition, they have consistently vandalized rock art through inappropriate recording methods, and have in this way destroyed the research value of sites that were not inundated (Mazouco, for instance).

Diagram depicting the laws of wane formation (from Archaeometry, 34)

Simões de Abreu and her colleagues have at last taken the culprits of this systematic destruction of rock art, the greatest example of institutional rock art vandalism we know of in history, to task, when they challenged these practices in late 1994. Amazingly, Dr Simões de Abreu has not been offered an appropriate role in the future administration of the country’s rock art heritage so far. It seems that the archaeological establishment of Portugal remains firmly in control of a resource it has vandalized and allowed to be destroyed for decades.

Number 1 of Tracce reports some inaccuracies relating to the Côa valley.

Firstly, it is not correct that scientific direct rock art dating methods were applied there for the first time at an open European site. Such a method was first applied in Russia, which is a part of Europe, in 1990.

Conversely, it has even been applied successfully and very satisfactorily in northern Italy, to a petroglyph in Valtellina. Secondly, it is claimed that Côa is the first European open air rock art site in Palaeolithic style. This is incorrect, many such sites (1) have been discovered over the past 15 years (among them nearby Mazouco, published in 1981). Thirdly, it is incorrect that Watchman obtained earlier dates on adjacent unengraved surface (slip of the pen in Arcà’s text, Ndr); the exact opposite is true, which
led him to check for contamination. Watchman’s results have been presented in detail (1995) and readers are invited to examine them rather than take uninformed commentary on face value. It is also incorrect that Watchman ‘rejected’ AMS results. 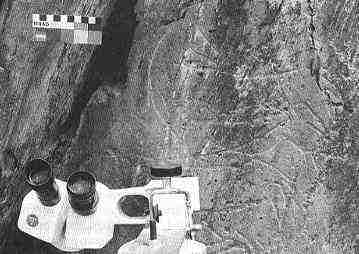 My own work is described as: ‘little crystals’ are studied by ‘watching rock surface with a kind of geologist eyeglass’. Press journalists are not renowned for good reporting, but I have seen vastly better one-sentence descriptions of microerosion analysis in newspapers. Arcà asks: ‘In which way is it possible to examine the erosion of little crystals on rock surface? We don’t know.’ The method has been properly described in detail and this is available for anyone who reads English or Russian (2)(3).

Arcà then reminds us that engravings may become unrecognisable on exposed limestone after 100 years. That is indeed so. If he consulted engineering data on the weathering surface retreat of natural stone for building purposes, he would find that limestone retreats 2-20 mm per millennium, and chlorite schist only 1-10mm per thousand years. Which means, of course, that if the Côa schist petroglyphs were of the Solutrean, as the archaeologists claim, they should have survived a rock surface retreat of 20-200 mm, which is absurd.

I participated in the blind tests applied at Côa, and I advised the site managers that inundation of the site as well as relocation of the rock art were both entirely out of the question.

Several scientific papers about this work have appeared in reputable journals (4)(5)(6)(7)(8). Readers interested in this topic are referred to these publications. I emphasise that I would like to see my Côa findings falsified, as indeed I invite rigorous testing of all my findings in any continent. Arcà has not produced what could fairly be described as a serious attempt of falsification.