The Dolmen at Monticello near Finale Ligure 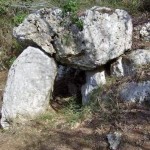 The Author describes the megalith known as Dolmen di Monticello: location, orientation, structure, geomorphology and other features found during the repeated personal observations. The Village of Monticello is located at 82 m. above sea level, along the western slopes of Gottaro. The first mention of this settlement dates back to 1268 when there was the division of inheritance between the sons of Giacomo Del Carretto, Marquis of Savona.

The Village of Monticello is located at 82 m. above sea level, along the western slopes of Gottaro. The first mention of this settlement dates back to 1268 when there was the division of inheritance between the sons of Giacomo Del Carretto, Marquis of Savona. In fact, that document contains the citation “campagna et territorium Monticelli”. Probably, however, the origins are more ancient, related to discoveries of prehistoric structures (the remains of hillfort, with bases of huts, dating back, probably to Iron Age) near the village and on the St. Bernardino Plateau.

Later this fraction followed the same political fate of Finale Marquisate. It easy reached from Medieval Village of Finale Ligure, via a paved road and pedestrian paths, in about 15 minutes.

Once at the Church of St. Dalmazzo, a road leads to “Casa Boero”. From here a path with no trail, but well marked, leads to the Casa dei Lupi Morti, with a plot surrounded by citrus groves and terraces. We go, then, along the cliffs beneath St. Bernardino and, finally, on a path with a splendid view on Castel Gavone and the archaeological area of Perti Alto (with the Church of St. Eusebio and another one dedicated to Our Lady of Loreto), we reach the dolmen.

This megalith is located at 199 m. above sea level. The coordinates, measured with GPS apparatus, are:

The dolmen is located in Valeggia along the northern slopes of Bric delle Pernici, on the upstream side up of the path that leads, with a short trip, the of St. Bernardino Plateau, a table land rich in prehistoric and protostoric archaeological findings.

It is completely made up of the Finale Stone (limestone of Miocene bioclastic origin, rich in fossil remains of marine sediments), about 250 cm high, with a horizontal table (major axis oriented in East-West direction), an orthostat downstream (along the path) consisting of a single stone structure, and an upstream orthostat composed of two large stones adjacent to a sort of dry wall on which is also part of the horizontal table (Figure 1). The room has a maximum height of 100 cm and its bisector is placed on the North-South axis (Photos 1 and 2). 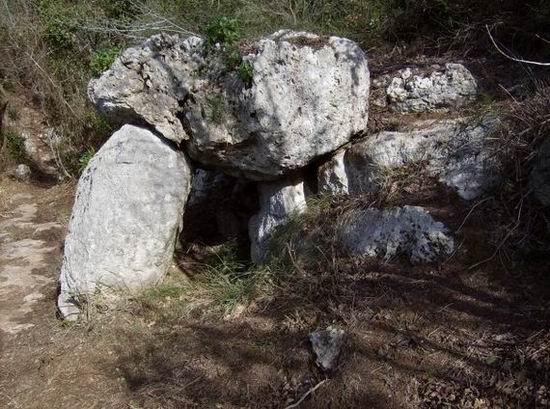 Photo 1: the dolmen from South 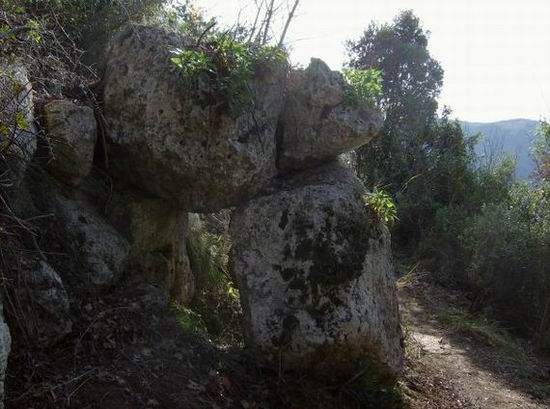 Photo 2: the dolmen from North

The Author was able to observe that at 12.00 o’clock on January 19, 2011, the sunlight illuminated the chamber of the dolmen.

The board has a transverse “V-shaped” burst and the top is eroded by surface karst phenomena, but, some erosion could be interpreted as a petroglyph and even as cupmarks. A bigger basin, now filled of weeds (Photos 3 and 4), is similar to those found on the stone above the Stone-Altar above Arma  Strapatente (“Arma” is a Ligurian term for Cave) (18). 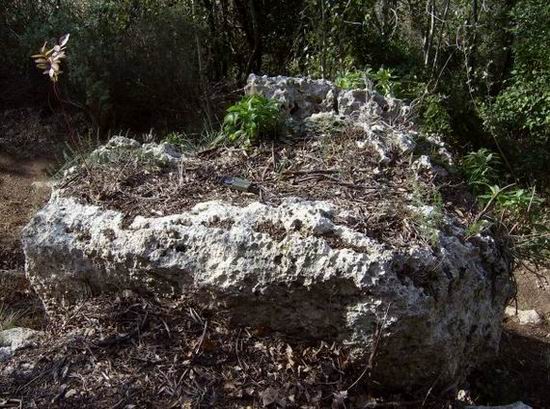 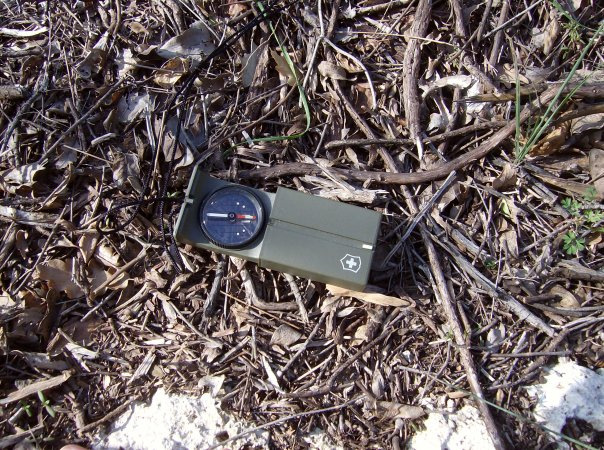 Photo 4: compass in the basin of the table

The floor of the room is not been probed since the megalithic complex has been considered the result of a landslide, and thus of “random” nature (13).

It seems appropriate, at this point, to make few observations. 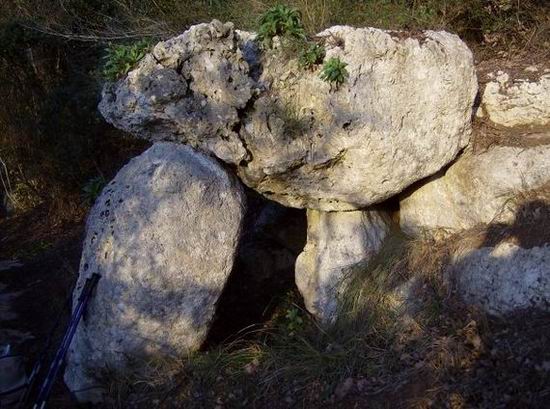 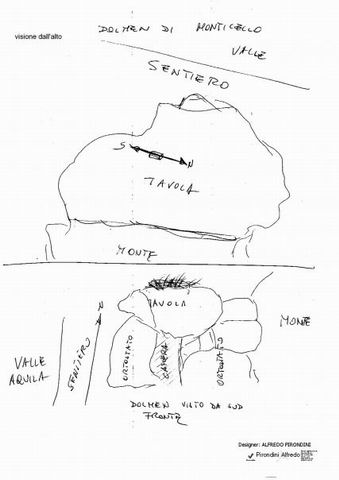 Figure 1: Diagram and position of dolmen

At the end of this short dissertation, which will not and cannot be exhaustive on the issue, it seems fitting to repeat that the source of this dolmen remains mysterious and the dating is only hypothetical.

The excavation on this wider horizontal board, currently occupied by weeds, might have had the function of collecting liquid and, therefore, a ritual significance (11), (18).

It would be useful and desirable, therefore, further archaeological investigations (not excluding surveys of the soil at the base of the dolmen and its surroundings) and archaeoastronomical, not only of this megalith, but also of other nearby findings of the St. Bernardino Plateau that, at the time, looks very promising and represent only some examples of findings that would deserve a more detailed study in the light of modern scientific knowledge (e.g. archaeometry, archaeoastronomy, geology, etc.) that could lead to important innovations in the area of Western Liguria and, especially, in the Finalese.