A New Rock from Naquane 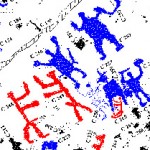 TRACCE no. 3 – by Katalin Ernyey

I had got the opportunity to study a new rock, the No. 34 of the National Park of Engravings, Naquane, Italy and to summarize my studies about the prehistoric Valcamonica in the framework of my university thesis…

back to index
A New, Entirely Documented Rock of the National Park of Engravings, Naquane, Valcamonica, Italy 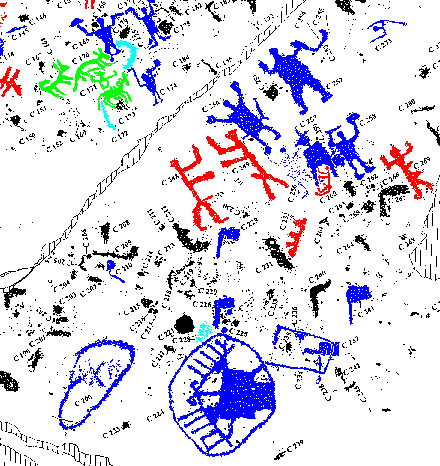 I had got the opportunity to study a new rock, the No. 34 of the National Park of Engravings, Naquane, Italy that is situated in the Central-Alps, on the left bank of the river Oglio, at Capo di Ponte and to summarize my studies about the prehistoric Valcamonica in the framework of my university thesis, presented at Eötvös Lóránd University, Budapest, 1996, in archeology, supervised by prof. C. R. De Marinis and prof. M. Szabó, helped by the Cooperativa Archeologica “Le Orme dell’ Uomo” (Footsteps of Man).

During the analysis of the rock engravings of the valley I collected all data about the research history of rock engravings from 1909 to 1994, including rock engravings as well as archaeological finds, such a study has not been made before; continued the archaeological topography of the valley, which had been left off at the settlement of Niardo and at the Ossimo-Borno Plateu with the surroundings of Capo di Ponte. On the basis of the collected data it can definitely be stated that the lack of archaeological finds, also from the Iron Age, is partly caused by the absence of excavations and field surveys. With the tracing, catalogue and analyses of the rock No. 34, Naquane Park, I have reduced the amount of “white patches” of the Park documentation, because since its’s foundation, 1955, from its 104 rocks only 15 have been entirely documented up to the present.

The surface of the rock is about 50 m2, 10 m2 of which is engraved, the rest not being suitable for engravings. 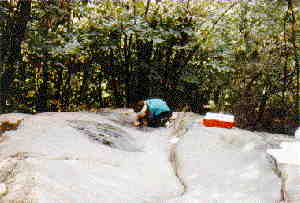 I have separated them into four chronological sub phases IV/1, IV/2, IV/3, IV/4 according to the De Marinis-Fossati chronological system (for this system see E. Marchi in Tracce No. 2). With the help of Ådám Marton, after scanning the whole documentation of the rock we colored the images under Photo Styler programme according to their archeological phases, being pioneers with this attempt in Valcamonica.

The analysis of the rock has also led to some special results. The figure C 224, a fenced building standing on pillar, is unique among the rock engravings of Valcamonica.

It is proved that figure A 67, a wavy line broken in right angles, with a circle at one end, is a new type of symbol. I noticed two groups of the anthropomorphic figures of duel fighters of the IV/1 period on the basis of the place of weapons hold in their hands.

On some of the lunula shaped razors of the ninth century B.C. Villanova culture I have found such new analogies to the deer, deer hunting, axe scenes, which have not yet been examined from the point of the valcamonican engravings. I intend to continue my work in respect of these archeological analogies and their semantic interpretation.

My work is available in Hungarian and in English, so for further information, please contact me.