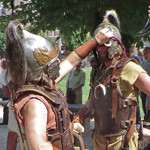 Turin, June 22 2013: Taurini celtic people, the inhabitants of the area of Turin during the Iron Age, and the Legio Prima Italica of the Roman Army meet for an historical re-enactment. This is occasion to show some alpine rock art images of the weapons and of the warriors of this period (short notes and photo-gallery).

by Andrea Arcà (Footsteps of Man)

After an historical re-enactment of a fictious battle just in front of the Roman Porta Palatina, which never happened during the Roman period because the two parts were allied, the Celtic tribe of the Taurini and the Roman Legio Prima Italica met on saturday Jun 22 2013 in the central square of Turin (piazza Castello, “Castle square”), where in 28 BC Cesar founded his colony, Julia Augusta Taurinorum, in the area of the Roman military camp. 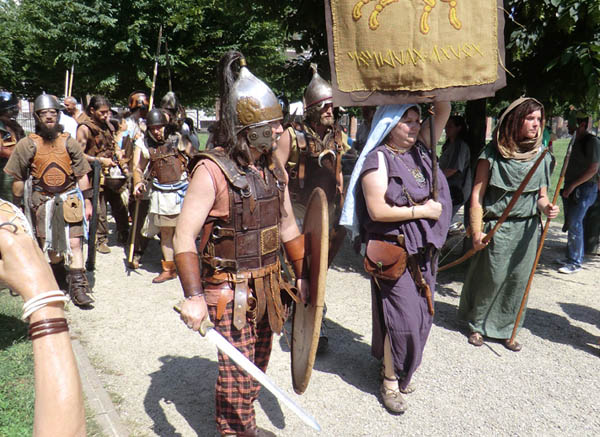 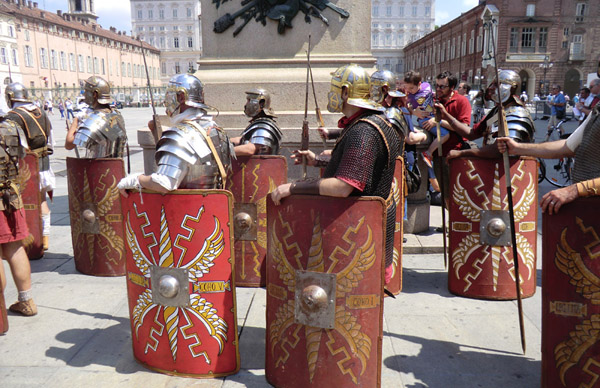 The historical re-enactment was performed to launch the celebrations of the 2nd millennium of the death of the Emperor Augustus, with the participiation in this occasion of the Terra Taurina (“Land of the Taurini”) and  of the Legio Prima Italica (“The  Italian first Legion”) Associations.

This is occasion to show some alpine rock art images of the weapons and of the warriors of this period. In Susa valley, just near Turin, we may find the images of the half-moon shaped battle-axes of the Segusini Celtic tribe, neighbous of the Taurini, engraved on the rock surfaces of the mountains surrounding Susa. 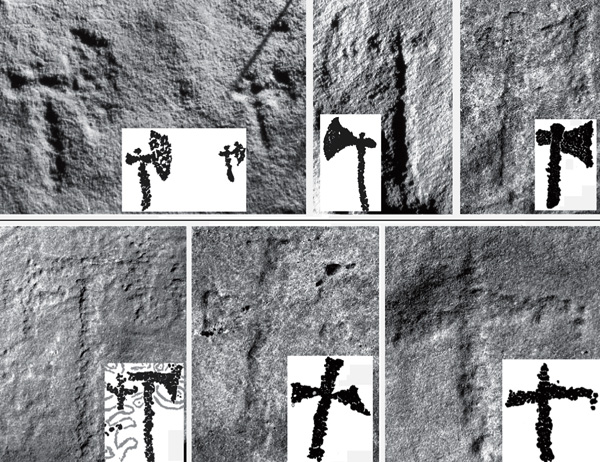 In the nearby Cenischia valley  figures of warriors holding a sword testify the Iron age origin of the traditional weaponed dance of the Spadonari at the Venaus and Giaglione hamlets. You may find complete details for this subject in the La spada sulla Roccia book, which treats of the Moncenisio valleys rock art. 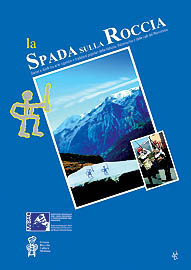 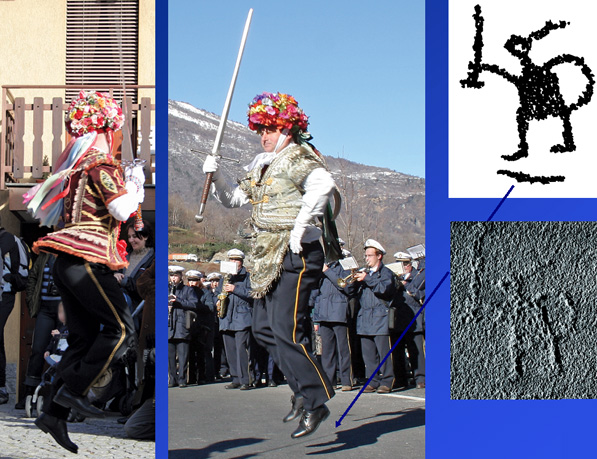 Canischia Valley (TO – I), engraved figures on the rocks testify the Iron Age origin of the traditional sword dance of the Spadonari (“men holding a big sword”; from La Spada sulla Roccia 1999)

In the same Cenischia valley some later figures of square body warriors, very close to similar Valcamonica figures, probably represent gladiators; both in Susa valley and in Valcamonica Roman arenas were built (Susa and Cividate Camuno). 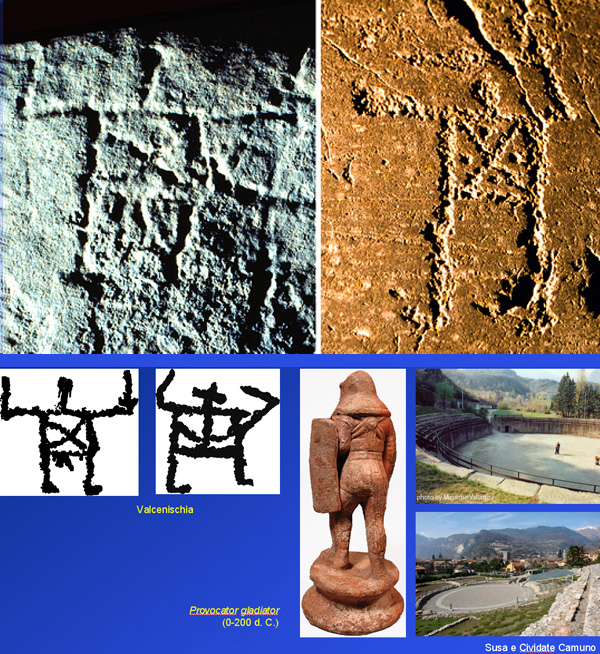 Many figures of warriors and of duels are also engraved in the neighbouring Maurienne French valley, which was inhabited by the Celtic tribe of the Medulli. 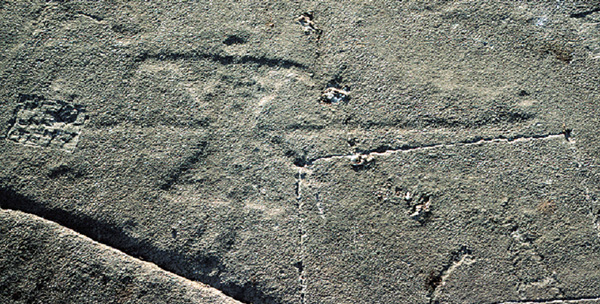 Some 300 km east, in the Camonica valley, the alpine rock art capital, which was not however a Celtic area, thousand of warrior figures were engraved during the Iron age. Among them, some figures of the late Iron Age-Roman period depict parts of the roman armament, like the cornu (the musical instrument) and the cornicem (the player), as already outlined by A. Fossati, and again gladiators.

Figures of cornu (the musical instrument used by the Roman army) in Valcamonica rock art, Paspardo in Valle rock 4 and Bedolina rock 17 (up; photo A. E. Fossati); a cornicem in the contemporary reconstruction by the Legio I Italica (down, Magna Segusio Decima Regio Association) 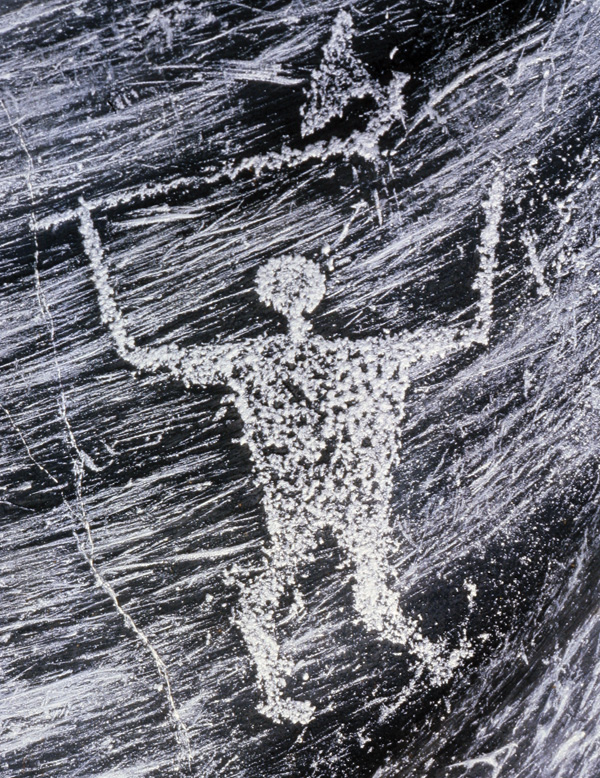 Regarding Valcamonica, we must not forget the Iron Age depictions of Gods, well known in the Celtic traditions, like Kernunnons (God with deer antlers, depicted in the famous Gundestrup cauldron) or Taranis, the God of the thunder. 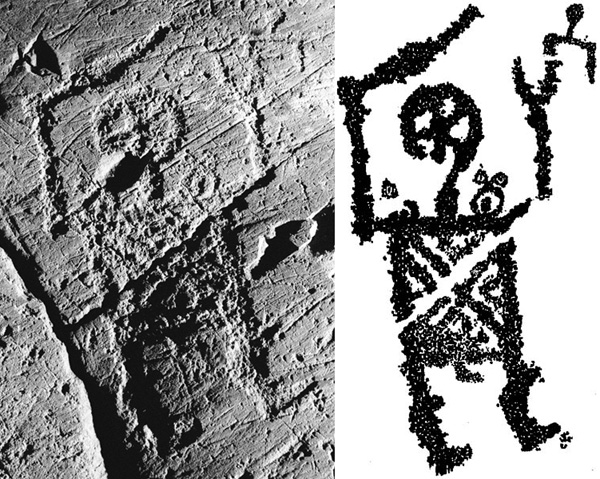 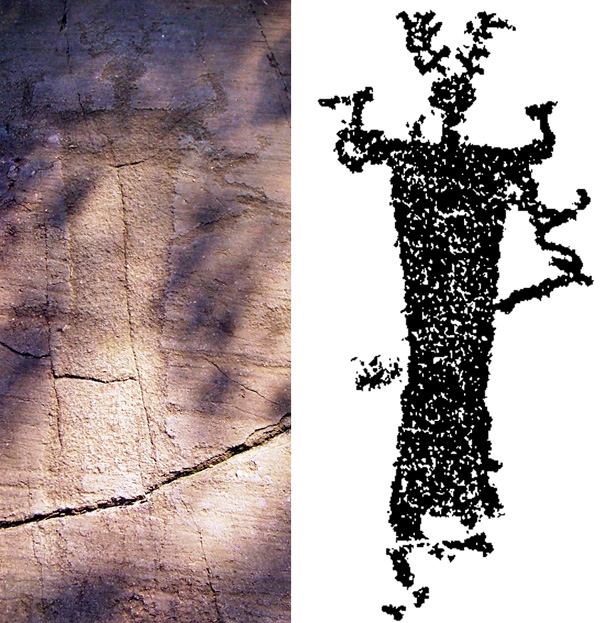 To open the slide show, please click on the first or any thumbnail photo.