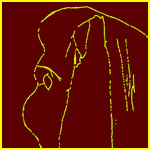 Among the Vermelhosa Palaeolithic scratched figures, an elephant head stands out. Eighteen years after its publication, it’s time to recall the attention of Palaeolithic rock art scholars over this case: having been the Iberian peninsula the last European refuge of the straight-tusked elephant, are we facing an Elephas antiquus depiction? (PDF available)

A window over Vermelhosa rock art (left bank of the Douro river, near the Côa river confluence – P) was published many years ago in one of the first issues of TRACCE Online Rock Art Bulletin (Abreu Simões deet al. 1996; Arcà 1996; Bravo Nunez 1996; Campos 1996; Fossati 1996) and in the 3rd volume of the proceedings of the XIII UISPP Congress (Simões de et al. 1998); this last is re-published (full text-image flip book and PDF) in the same issue of this TRACCE short paper. We may remind that the Côa river area houses the main and largest European open-air Palaeolithic rock art complex 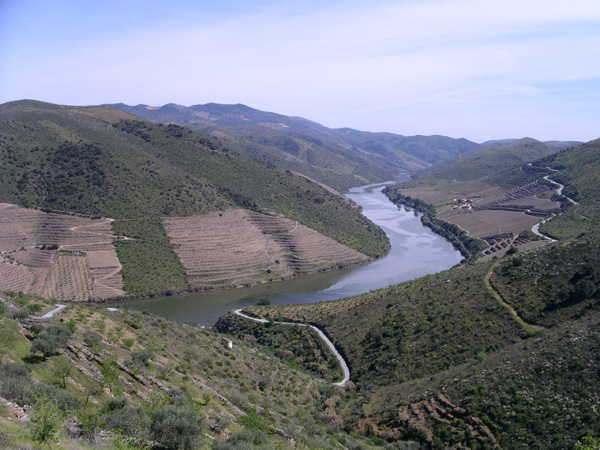 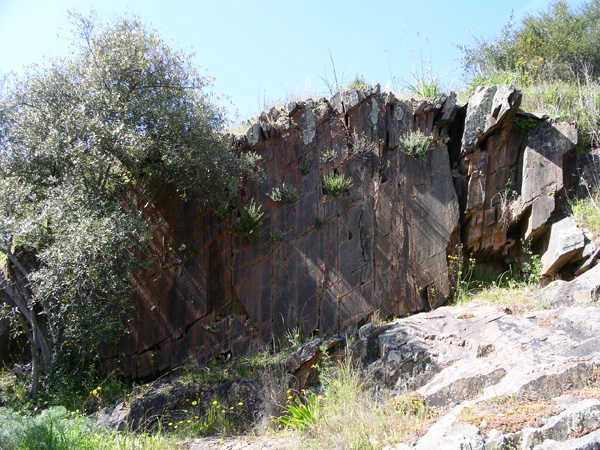 The vertical panel of the Vermelhosa rock 1

Among the Vermelhosa Palaeolithic scratched figures, an elephant head, or at least what it looks like an elephant head, stands out. In the UISPP paper it is cautiously described as a mammoth head, while in mine TRACCE paper both elephant and mammoth terms are utilised – elephant only in captions – although the figure should “be discussed with specialists”. 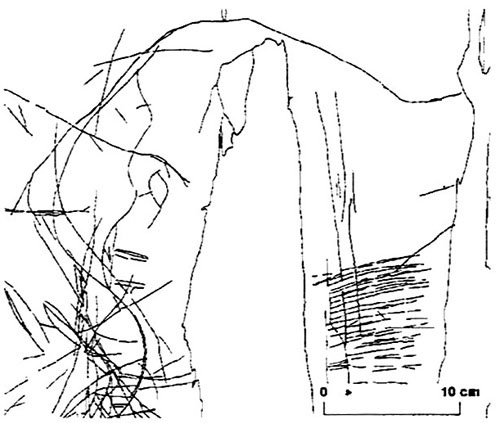 Eighteen years later, maybe it’s time to discuss it, or at least to recall the attention of Palaeolithic rock art scholars over this case.

Some facts, in brief:

Besides the wool, the outline of the head is quite different from the well-know depictions of cave-art mammoth, like the famous Rouffignac ones, where the top-head bump is much more prominent and the tusks are rounded. 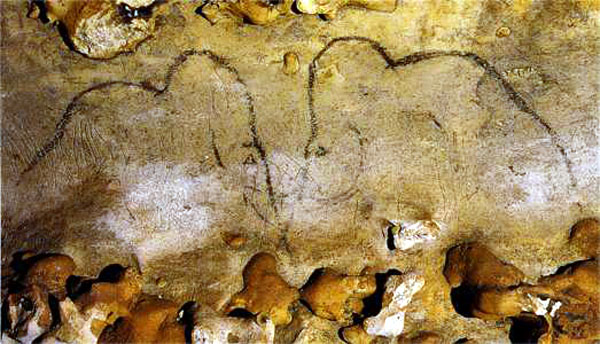 And more, the same outline with its frontal sinuosities is much more similar to an actual Asian elephant (Elephas maximus) one than to an African (Loxodonta africana), which front doesn’t show bumps. In fact † E. antiquus and E. maximus pertain to the same genus, different from Loxodonta and from † Mammuthus.

The depiction of elephants in Palaeolithic rock art is generally not supported by scholars; regarding this point Paul Bahn (Bahn, Vertut 1997, p. 150) refers to “erroneous identification as a warm-climate elephant species such as Elephas antiquus“. In Leroi Gourhan 1971 all trunked-figures are referred as mammoths, so no elephant is recognised, with some caution only for the El Castillo item, captioned at p. 207 as a “proboscidien“. Furthermore, mammoth figures are not very common in European cave-art, having been excerpted by Leroi-Gourhan for this subject only 20 pictures out of 739 in his greatest scientific work (Leroi-Gourhan 1971), related to eleven sites (France, Spain and Germany), here listed in alphabetical order: Arcy-sur-Cure – F, Bernifal – F, El Castillo  – E, El Pindal – E , Font-de-Gaume – F, Gönnersdorf – D, Grotte Chabot – F, La Baume-Latrone – F, La Dérouine – F, Pech-Merle – F, Rouffignac – F. We may add the scratched figure over an ivory plate at La Madeleine rock shelter – F, the very accurate 14 figures from Les Combarelles Cave – F, the red and brown painted ones at the Cougnac Cave – F, the low relief at the Grotte de Saint-Front – F, and some more recent discoveries, like the red-painted figures and the scratched ones at the Chauvet Cave – F, the scratched woolly mammoth at the Cussac Cave – F, the scratched ones at the Deux-Ouvertures Grotte – F, the ivory statuette from the Vogelherd Cave – D and the possible carved mammoth figure  at Cheddar Caves – UK. Obviously, the presence of mammoths is also testified by the ivory remains, like the spectacular mammoth-bone huts in Ukraine 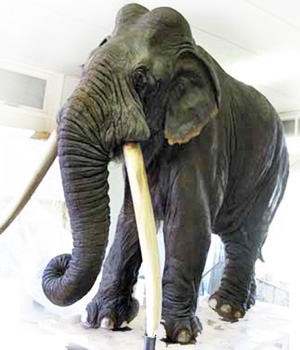 Iberian peninsula, on the other hand, is referred as the last European refuge of the straight-tusked elephant, the Elephas (Palaeoloxodon) antiquus, which elsewhere became extinct at the end of the Eemian, 114 Ka ca. Regarding Portugal, João Luís Cardoso (1993) affirms that this species survived till 30.000 BP. This statement is confirmed by the Uranium-series 33-34 Ka dating of a plate from an unworn upper molar from the level C of the Foz do Enxarrique (P) site (Antunes, Cardoso 1992; Sousa, Figueiredo 2001), near the town of Vila Velha de Ródão, which is located about 120 km south of the Vermelhosa site. 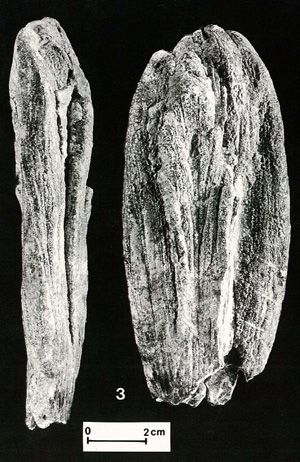 To support this, moreover far away from the Iberian peninsula, two E. antiquus specimens from the Netherlands (Raalte and Southern Bight of the North Sea) matched a similar 37-32 Ka range (Mola et. al. 2007).

Looking outside Portuguese rock art, elephant depictions in cave art, or better of “naked” mammoth, are very rare, but present, although questioned. According to my weak knowledge of the matter, they can be counted on the fingers of one hand, like one figure each from the El Castillo and El Pindal caves (Asturias – E) and one figure from La Grotte de l’Éléphant (the Elephant cave) in the Toulourenc gorge (Rhône-Alpes – F). 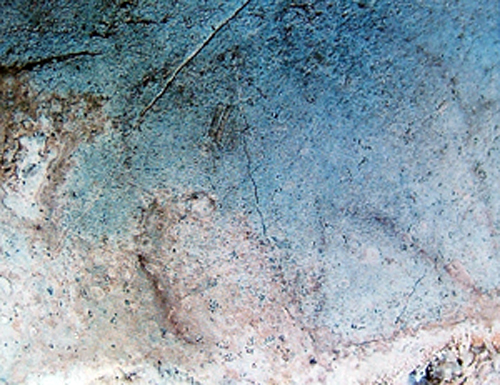 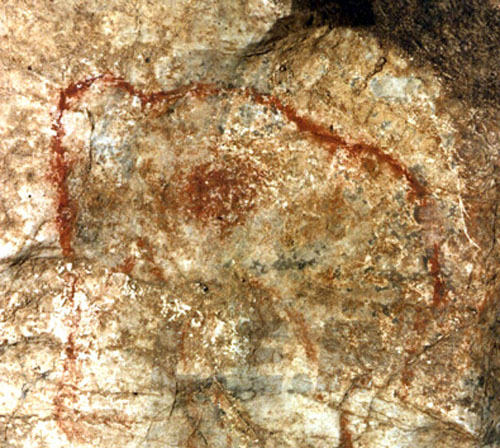 It must be specified anyway that at El Pindal, although Breuil (Alcalde del Rio et al. 1911) suggested an elephant depiction, the head bump seems more related to a mammoth (Balbin Behrmann de et al. 1999).  One should add the seven polydigital figures with proboscis from La Baume-Latrone cave (Languedoc-Roussillon – F), more often described as mammoths, recently dated (14C-AMS) to 36.456-38.746 cal BP (Azéma et al. 2012). In this case the someway schematic style may nullify an undoubtful zoological identification; anyway some hair seems depicted, mainly around the trunk and the front foot. Regarding Cougnac cave (Midi-Pyrénées – F) five elephants were cited in Méroc, Mazet 1953. To sum up, and judging on the basis of the un-hairy skin and of the less prominent top-head bump, only the El Castillo and Toulourenc figures, IMHO, likely depict an elephant and not a mammoth  silhouette. 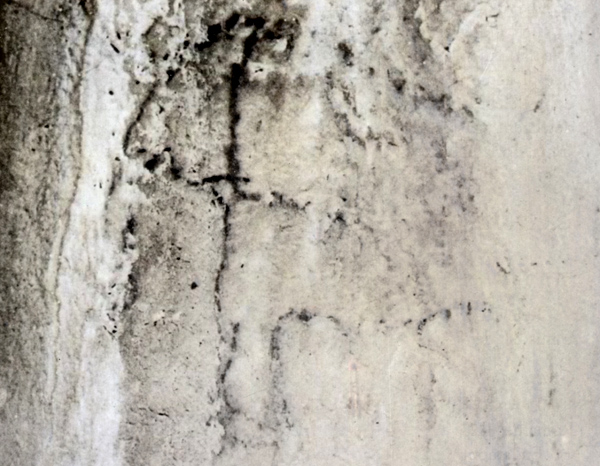 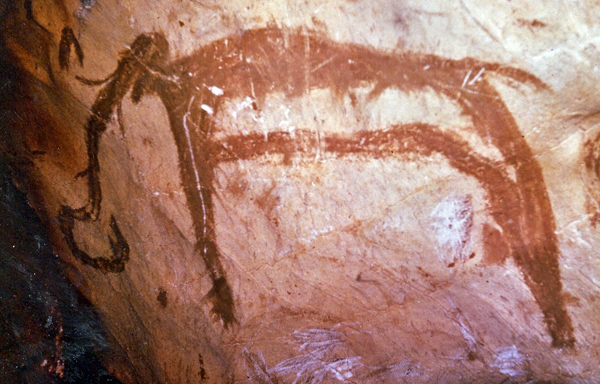 Elephant or mammoth figure from Baume-Latrone cave – F (by gorgesdugardon.fr)

Therefore, the pairing of palaeontological and iconographic evidences seems to offer interesting prompts, based on chronological and anatomical evidences. Hoping that these short notes may inspire deeper and exhaustive studies, possibly confirming or denying the main assumption of this paper, we may try to suggest some concluding points, again very briefly:

In this way, a positive answer to our question, i.e. if the Vermelhosa head can ever have been, among others, the witness of the meeting in Europe between the first modern man and the last surviving elephant, seems to lie on more reasoned grounds.

These short notes are based over the material produced at the Vermelhosa site by the Gravado no Tempo team: Mila Simões de Abreu, Ludwig Jaffe, Angelo Fossati, Belinha Campos, Jane Kolber and myself. In particular, Mila Simões de Abreu has been the first to support the idea of the depiction of an elephant head, suggesting also palaeontological references.