AaATec, a resource for archaeological communication 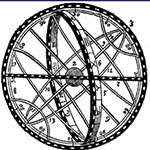 In 2013 a team of researchers from Russia has created an electronic International Journal Archaeoastronomy and Ancient Technologies – AaATec. The results of studies in the field of archeology and ancient technology, including related to the study and interpretation of rock art, are published in the journal…

Computer technology is used in archaeological research and in the study of rock art more and more every day. Many scientists are doing interesting studies, including with use of computer technology. However, researchers often publish research results in regional, small circulation books and scientific journals that do not have Internet copies. Access to such publications is very difficult for colleagues from other countries. Therefore in 2013 a team of researchers from Russia has created an electronic International Journal Archaeoastronomy and Ancient Technologies – AaATec (http://aaatec.org). Experts from Russia, Ukraine, Armenia, Bulgaria, and Italy entered the editorial board. The results of studies in the field of archeology and ancient technology, including related to the study and interpretation of rock art, are published in the journal. During the existence of the journal articles related to the study of rock art, ancient symbols and drawings, amounted approximately 71% of the total number of published articles, and associated with the use of computer technology in archaeological researches, accounted for 67%.

The journal AaATec is a charity project. AaATec is an open access journal, and all publications are in it for the authors are free also. The journal was created by using the most economical and affordable technologies. The basis of the site of the journal was created using CSS. To create a menu using CSS and PHP – technology. The main part of the site was written in HTML with elements of PHP. In some cases, was used Java script. Availability and efficiency of the complex technology of the electronic journal, is designed by the authors site AaATec, makes it an extremely topical in today’s world. Despite the simplicity and accessibility of used computer technology, the journal AaATec has been recognized as a full-fledged scientific electronic journal. International Standard Serial Number – ISSN has been assigned to it. Journal entered to the Directory of Open Access scholarly Resour 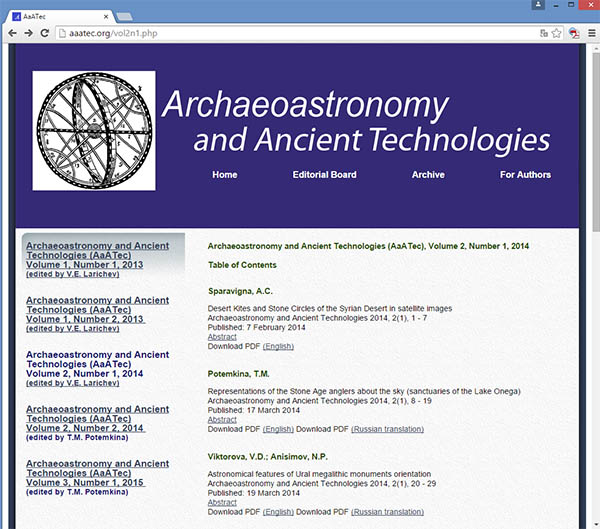 ces (ROAD). The AaATec is included in the database Ulrich’s Periodicals Directory and into the Russian National Bibliographic Database of Scientific Citation, and also included in the Scientific Electronic Library «eLIBRARY.RU». The Editorial Board is working to incorporate it in other international bibliographic and abstract databases.

For today AaATec is one of the most accessible and dynamic platforms in international scientific community, allowing to accumulate information and efficiently communicate in the field of archaeological research, including the study and interpretation of rock art, carried with the help of quantitative methods and computer technology.