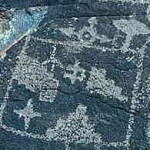 The Monument is home to more than 15,000 documented works of rock art, known as Petroglyphs, the largest known unexcavated pueblo in the region, and more than three hundred other archeological sites. The Monument also contains numerous unique natural and geological features, including five volcanoes which frame Albuquerque’s western skyline.

October 10, 1996 Visitors from around the globe flock to New Mexico to experience and learn about the ways of its native peoples who first settled the region – the Pueblo Indian and Hispano peoples who continue to maintain their spiritual and cultural traditions. The Monument and its resources are of substantial spiritual and cultural importance to the native peoples.

The Monument’s resources are threatened by uncontrolled, sprawl development of one of the nation’s most rapidly growing urban areas. Congress recognized this threat and created the Monument for the purpose of protecting the area’s nationally significant cultural and natural resources from the threats posed by urbanization and vandalism.

The Monument is now threatened by the City of Albuquerque's plans to construct two commuter highways through the Monument - six lane Paseo del Norte and four lane Unser Boulevard. 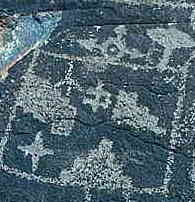 The roads are being pushed by Albuquerque Mayor Martin Chavez. Mayor Chavez was elected in 1994 by the narrowest of margins, thanks to hefty campaign contributions from developers and landowners who now stand to benefit from the proposed roads. Chavez has taken on the construction project as a personal crusade. Chavez has vowed that the roads will be built and has predicted that there will be movement on the issue within weeks of the upcoming November election.

It is widely acknowledged that construction of Paseo del Norte would violate applicable federal laws. For this reason Chavez is pushing for a Congressional fix – an amendment to the Act which created the monument which would authorize construction of the road.

We need your help in preventing such an atrocity, which will result in desecration of a sacred area, set a dangerous precedent by allowing construction of commuter highways through a unit of the National Park System, and degrade the area's cultural, archeological, scientific and natural values.

Thanks for your support!