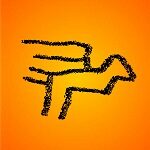 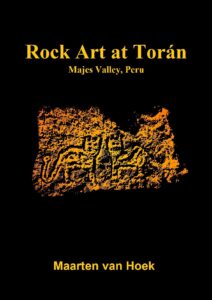 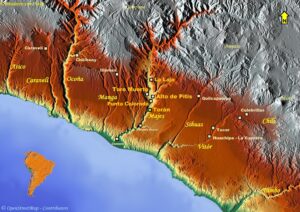 Figure 1. Map of a selection of the most important rock art sites in Arequipa. Map © by Maarten van Hoek, based on the map © by OpenStreetMap – Contributors.

In the Lower Majes Valley – the stretch south of Punta Colorada (on the west bank of the valley) and Alto de Pitis (on the east bank) – only very little rock art has been recorded up to now (2022). Moreover, information about most of those sites has even never been officially published. It concerns the sites of Monte Pucor (or Pucar) with possibly three decorated boulders, and – further south – the petroglyphs of Cerro el Castillo (or Pacaycitos) and Sendero de las Avispas, both with a small number of Majes Style Rock Art (MSRA) petroglyphs on outcrop walls. Both located just north of the town of Camaná on the Pacific Coast on the west bank of the Río Camaná – Majes (Figure 1).

This study offers some information of a hitherto unpublished site on the east bank, some distance south of Alto de Pitis. It concerns the site of Torán, which – because of its remote location – has not been visited by me; I only have some photographs. For that reason the descriptions of the images are possibly incomplete and the drawings that I made of some rock art panels may only represent rough (possibly inaccurate) sketches. The few photographs of some panels that I have of the site (but cannot publish) are so indistinct that it proved to be impossible to produce a reliable drawing.

To be honest, I also do not know the exact location of the rock art site of Torán. I only know that it concerns a very small rock art site about 9 km SSE of Alto de Pitis, thus also on the east bank and just possibly (immediately?) north of the “Puquio de Torán” (estimated and possibly incorrect UTM coordinates: 769707.00 m E and 8190278.00 m S; altitude at 325 m asl?; roughly 35 km inland). I emailed a local, asking him to confirm this location, but he either could not or did not want to help me.

At the rock art site of Torán at least nine boulders with petroglyphs have been recorded so far; five examples were first reported by Joel Quicaña Zuñiga (photos of which he kindly shared with me in 2015) and – somewhat later – photos of four other examples were posted in 2018 by Mario Melendez (which I found on the internet only in November 2022). It mainly concerns boulders that seem to have been displaced, possibly by tumbling down the very steep slope. Some boulders look a bit damaged, but they are also weathered and – moreover – eroded by the strong southerly winds at the spot. Of course there may be more decorated panels and/or boulders.

Boulder TOR-001. The photo of this rather weathered and mottled panel shows at least three small, fully pecked quadrupeds (camelids?), possibly two equally small and fully pecked anthropomorphic figures (one “sheltered” by a vertically arranged arc), two long, parallel, vertically arranged lines both curved at the top end, and finally a rather complex petroglyph that might represent a bird (a Rectangular Bird?).

Boulder TOR-002. The photo of this panel shows a rather large, fully pecked anthropomorphic figure with both arms raised (Figure 2A). Below this figure is a group of (parallel) lines that just possibly may represent an unfinished biomorph (a Rectangular Bird?).

Boulder TOR-003. The photo of this boulder shows only a part of a panel on which are two small, fully pecked quadrupeds (camelids?) and one long, fully pecked stripe and possibly another, much shorter stripe.

Boulder TOR-004. This rather weathered and mottled panel (slightly damaged and fragmented) shows at least four small quadrupeds (camelids?), one of which seems to be outlined (Figure 2B). From one of the fully pecked quadrupeds seems to run a serpentine line that seems to join a small biomorphic figure (zoomorph or anthropomorph?) that seems to be standing on another quadruped. Some parts of the petroglyphs may have been re-worked (by hacking?).

Boulder TOR-005. The rather rough surface of this boulder may have three very crudely manufactured images, all three possibly biomorphic.

Boulder TOR-007. The photo of this rather weathered panel shows at least a rather large, fully pecked quadruped (a camelid?), possibly one fully pecked petroglyph of a feline (?). Below the purported feline is a very small possible zoomorph. Most intriguing are two petroglyphs (one circular and the other square) that just possibly may depict “Trophy” Heads. There may be more petroglyphs on this panel. However, I emphasise that especially my drawing of this panel (Figure 3) may well be inaccurate or even incorrect (and consequently my interpretations as well). 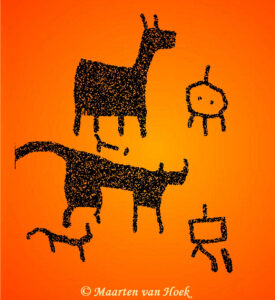 Figure 3. Part of Panel TOR-007. Drawing © by Maarten van Hoek, based on photographs posted on the internet by Mario Melendez.

Boulder TOR-008. On a possibly vertical panel of this boulder are the rather distinct petroglyphs of two outlined felines (with internal decoration?) that are “facing” each other (Figure 4). However, the felines have been depicted in “twisted” perspective and in fact their faces are facing the observer, possibly showing exposed teeth. However, I emphasise again that my drawing of this panel (Figure 4) may as well be inaccurate or even incorrect (and consequently my interpretations as well). 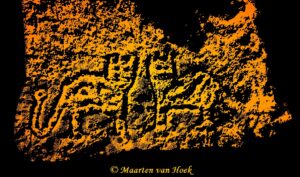 Figure 4. Panel TOR-008. Drawing © by Maarten van Hoek, based on a photograph posted on the internet by Mario Melendez.

Boulder TOR-009. It is almost certain that this boulder once tumbled down the rather steep, west facing slope of the spot, because the bird petroglyph is clearly positioned upside-down (which  – in general – is most exceptional in MSRA). The panel shows one fully pecked, straight stripe and a fully pecked rectangular “serpentine” line. Between those two petroglyphs sits the clear image of the Rectangular Bird (Figure 5: drawn in the purported original position; the arrow indicates the slope of the panel at this moment). I estimate the width of the Rectangular Bird to be about 36 cm. It is possible that this boulder once was part of a larger decorated boulder. 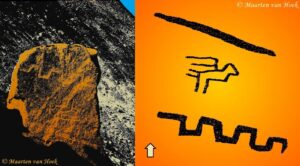 Figure 5. Panel TOR-009 (notice the very steep hill slope). Drawings © by Maarten van Hoek, based on a photograph posted on the internet by Mario Melendez.

The rock art at Torán definitely belongs to the Majes Rock Art Style (MRAS). This is evidenced by the petroglyphs of the two felines, which can be compared with numerous images of felines further north at Toro Muerto and Alto de Pitis (Van Hoek 2021). Also further south a few petroglyphs of MRAS-felines have been recorded at – for instance – Cerro el Castillo (or Pacaycitos) and at Cerro Pano (see my full report about Cerro Pano: Van Hoek 2011), an important petroglyph site exceptionally close to the Pacific Coast, but in fact not in the Majes drainage proper.

I am grateful to Joel Quicaña Zuñiga for sharing with me five photographs of the petroglyphs at Torán. However, I am the only one who is responsible for the illustrations and the text of this publication.

Van Hoek, M. 2010. ‘Trophy’ heads in the rock art of the Majes Valley, Perú: exploring their possible origin. In: Rupestreweb.