Figures of boat in the rock art of Valcamonica 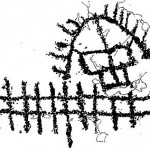 The boat is one of the most rare figure in the rock art of Valcamonica. At this stage of the research there are two types of boats: one represents a real boat; another a mythical craft. 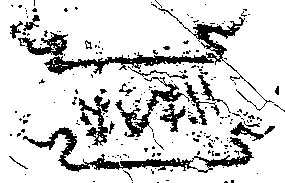 In general it is easier to recognize the mythical type due to the fact that this kind of boat is often represented on bronze or pottery vessels, or on embossed bronze laminas or fibulas. This is the so-called ornitomorphic boat: it is a craft with the representation of a bird head on the prow and on the stern (fig. 1). Usually the head is of water fowls, birds that are usually represented in the rock art of the Iron Age till the 5th cent. BC. The motive of the ornitomorphic boat takes his origins in the Urnfield Culture from the 13thcent. BC onwards.

The real boat, on the contrary, is represented by a figure usually composed by a double parallel and horizontal lines, fitted with verticals segments (fig. 2). This figure recurs in few rock art sites, especially on the left side of the valley (e.g. in Naquane, Foppe di Nadro, Dos Sottolaiolo). This strange figure, often called ladder-shape, has been interpreted by different scholars as a true ladder, as a bridge, as a line of anthropomorphs dancing or praying attached one to the other. As I have already said I think that this figure can be considered a boat. In fact I will propose some comparison with other similar drawings in rock art or in other type of art, as the villanovian art.

The real craft is drawn with the typical prehistoric multiple perspective: the two lines are seen from a frontal view, while the central body is shown from above. If we see the figure in this way we can understand that we looking at a boat. One question remains: what do represent the vertical segments in the central body? I want to suggest a comparison with the decoration of the villanovian (the proto-etruscan culture of central Italy during the Iron Age) urns (fig. 3). This funerary boxes usually imitate the shape of a real house with the roof decorated with an ornitomorphic boat. If we put our engraved figure near to these funerary models we understand that our drawing are boats. The vertical segments can imitate bull horns, bird heads or simply the representation of the oars. 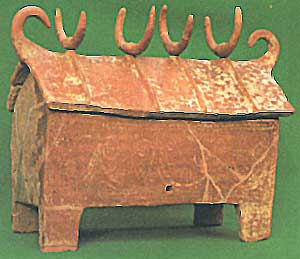 In any case not always the prow and the stern of the real boats have bird heads. This recurs very rarely (fig. 4). 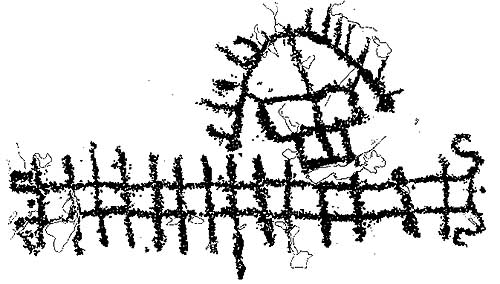 I would say that is impossible to admit that the figure is a ladder. In fact ladders, figures that in any case appear in the Valcamonica rock art tradition, are usually represented in a vertical or oblique position, and never in an horizontal shape, and this seems quite normal for a ladder (fig. 5). In the same way the normal position for a boat is horizontal. 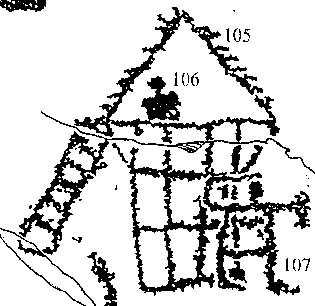 The superimpositions among the figures allow us to suggest a First Iron Age chronology for the boat drawings, and more precisely the presence of this figure in the phase fourth 2, that is during the 7 and the 6 cent. BC.